COVER editor, John Brazier, takes stock of the first half of 2022 in the protection space and finds that despite a few big ticket items, it’s been a somewhat slow year so far.

The first half of 2022 has come and gone, leaving us all to once again wonder how we are now less than halfway to next Christmas.

Putting that terrifying thought aside, I wanted to take a look back at some of the biggest stories from the protection world during the first half of the year across products, acquisitions, people moves and wider industry developments.

Kicking off with the biggest news in products, 2022 began with a bang as Zurich launched its stand-alone Critical Illness proposition, designed specifically for consumers who, for whatever reason, don't want a combined CI and life policy.

The launch demonstrates how the industry is moving towards developing more bespoke CI offerings for consumers, providing advisers with a greater degree of flexibility when finding the right cover for clients. In Zurich's case, this also includes Total Permanent Disability benefit, multi-fracture cover and children's cover as optional extras.

A couple of weeks later, LV= announced the launch of its "simplified" and "affordable" version of Life and CI cover, that sits alongside its traditional policy versions.  Another example of the industry moving towards a more tailored proposition for consumers, yes, but it's the affordability element is crucial.

Of course, matters of cost are more prevalent than ever during the cost of living crisis and policies like that may convince some consumers who otherwise thought they couldn't afford insurance to take out a policy. However, children's cover is not included as part of LV='s simplified policy as standard, which may be good for people without kids, but not so much for parents.

Although new product rolls out have been relatively thin so far in 2022, we have seen insurers tinkering with - although they would probably prefer to call it refining - their existing propositions, particularly around coverage, underwriting and included definitions.

Let's hope to see some examples of real innovation from the industry in the second half of the year.

Last year we saw a number of high profile appointments across the industry, but so far in 2022 its been more about the departures. In mid-March, Alan Knowles stepped down from his position as chair of the Protection Distributor's Group, having held the role since October 2018, with former Direct Life & Pensions veteran Neil McCarthy taking the chair on an interim basis.

Elsewhere, there were departures at L&G and LV=, as Craig Brown and Justin Harper respectively moved on, and numerous comings and goings at the top level, with new chairs and CEOs appointed at the Chartered Insurance Institute, LV=, Scottish Friendly, Cirencester Friendly and Canada Life.

Turning to merger and acquisitions, it's been a very quiet year so far, with the one notable exception coming right at the end of the first half of 2022. Aside from brokerage Aston Lark continuing its mission to seemingly acquire and consolidate every other protection and health insurance broker out there, the big acquisition story was that of Lloyds Banking Group acquiring protection distributor, Cavendish Online.

The deal was announced in mid-June and will see the distributor, valued at £12 million, integrated into the wider LBG portfolio to offer protection services for Halifax, Lloyds Bank and Bank of Scotland customers using its existing protection channels.

It signals a move for LBG and Scottish Widows in particular to offer a one-stop-shop in protection, or as Rose St Louis told us, to be more "relevant" to customers. However, one has to wonder how signposting comes into this equation if a customer's needs can't be met by the new set-up.

The annual Swiss Re protection landscape report - Term and Health Watch - provided a degree of optimism for the market in terms of new policy sales, which rose just over 6% in 2021, as the industry came back from the Covid slump. CI, IP and Life policy sales all grew year-on-year.

While that's good news for protection overall, there was one statistic that gave pause for thought. Last year, sales of new term assurance policies made without advice exceeded half of total sales for the year for the first time.

Now I'm not going to get into the for and against argument in non-advised sales - I'll leave that to people better informed and more passionate to debate - but it's a hugely interesting and indicative stat in terms of where the industry is heading, for better or worse.

This article first appeared in the July 2022 edition of The COVER Review.

Peter Hubbard to take chair at The Exeter 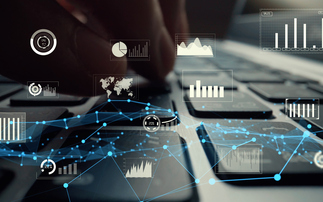 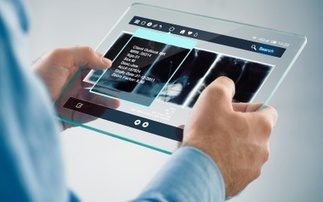