Munich Re's Adrian Stevenson says the life insurance industry has three key issues to tackle if it is to truly grow the protection market.

What were the industry highlights for the protection market during 2014?

We saw the introduction of a simplified product framework, agreement on electronic signatures, the Statement of Best Practice (SoBP) for HIV?

Although progress is being made on these points by the ABI, insurers appear to be acting on their own initiatives and moving these and other debates forward anyway.

Are insurers best placed to own some of these topics themselves and leave the ABI to focus on the bigger industry issues that could fundamentally change the way we do business?

The latest SoBP for critical illness is a good example. It took some months to achieve what many regard as tinkering or semantics. This is now due for member implementation by December this year.

Whilst insurers continue to add more conditions, the majority having a low claims incidence, the SoBP will continue to be a program of tweaks and word play and it becomes a self-fulfilling process.

The ABI stated that the latest SoBP should result in fewer declined claims due to clearer explanations of what the policy does and does not cover, which should help manage policyholder expectations if they claim.

Is this realistic when the majority of consumers will still struggle to truly understand 72 conditions including additional and partial payments? Has the SoBP in its current format been left behind by a dynamic and competitive market and is it now time for a bigger picture review?

There are a number of other fundamental issues within the industry that deserve greater focus. For some of them the implications are yet to be fully understood and others have been around for a while but have not been effectively addressed.

From a Munich Re perspective, the following three topics would be a priority to tackle.

Any progress the industry makes towards increasing consumer confidence in the industry is too often countered by subsequent bad press.

Rather than defending industry actions on public forums such as Watchdog, shouldn't we make changes to products and definitions that avoid us ending up there in the first place?

There is work to be done to increase certainty at claims stage on all products and tweaking current definitions will not be as effective as changing the products, for example, shortening the survival period for terminal illness.

Only by fully embracing the consumer's perspective is this likely to be achieved.

More can surely be done to ensure the integrity of the critical illness product by focusing on conditions with the greatest claims incidence rather than increasing the number of conditions covered.

Success in this area could genuinely lead to the emergence of a simplified product that could appeal to new consumers, including younger generations. Simplifying the inherent complexity would benefit all
involved.

Engagement with other industry third parties and stakeholders such as charities will be essential to provide a consumer-centric product. They are increasingly vocal about how insurance should and should not support those they champion and their influence is growing.

Making changes to products and definitions will be less effective unless time is spent educating consumers as to why all claims are not paid and why certain criteria need to be met.

Paying all submitted claims will not allow sustainable and affordable premiums for consumers. It will be increasingly difficult to achieve this level of understanding for products, such as critical illness, which are fundamentally not consumer friendly.

A further part of this education could be to increase awareness on the issues of deliberate nondisclosure and the impact this has on the sales process and policy cost. This was a regular theme for Munich Re in 2014 and the industry still has not fully addressed this issue.

3. The right to underwrite

With a focus on consumer engagement, it could also be beneficial to keep a close eye on the changes within genetics. On-line self-testing kits are here to stay and the direction of travel will likely see more access at affordable prices.

This will allow consumers to gain confidence and become ever more curious in terms of what they can find out about themselves.

Combine this with the increasing profile of the NHS 100,000 Genome Project and general advances in technology, there should be a focus on the voluntary Concordat and Moratorium on genetics. Is it fit for the future in its current format?

The opportunity is now as planning for the 2016 review is underway in preparation for the current end date in 2019. Related to this,

it will be vital to ensure the industry retains the right to use family history as an underwriting factor by engaging in appropriate and pro-active lobbying, including Brussels.

There are clearly other big industry issues that could be included such as increasing disability awareness, the role of the employer in the provision of insurance, welfare reform to name a few.

We can't fix everything at once and so if the industry can agree on the same priorities there will be a greater chance of success.

What is of importance is that to truly move this industry forward, consideration should be given to raising the profile of the fundamental issues that are holding us back rather than spending time on areas that perpetuate customer apathy and confusion.

Adrian Stevenson is business development manager from the UK Life branch of Munich Re. 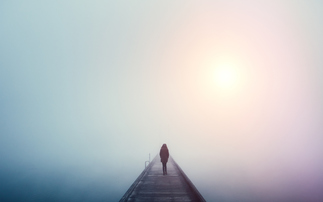 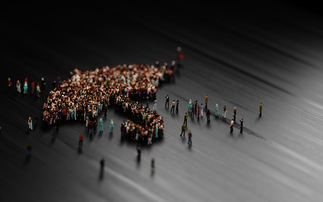