Most advisers will be aware that cancer, heart attack and stroke account for around 80%-85% of all claims and consequently many advisers will focus their attention on the quality of the claims wordings for these three conditions.

What may be less well known is the importance of children's cover within CIC plans. Recent claims figures from the major insurers have highlighted how valuable this cover is, with AIG recently announcing that in 2014 it represented over 13% of all claims and was at the 12% mark the year before.

These statistics are likely aberrations due to AIG having a relatively small number of claims and the average figure is around the 4%-5% mark. To put this into context, children's claims now represent almost as many as multiple sclerosis, which is the fourth most claimed for condition.

Recent claims figures from the major insurers have highlighted how valuable children's cover is, with AIG recently announcing that in 2014 it represented over 13% of all claims

Many advisers scrutinise the condition wordings but less attention is given to the diversity of children's cover offered by the insurers.

Recent years have seen a surge in additional payment conditions and these are often seen as higher risk, thus the reluctance to offer a full 100% payout.

However, a number of insurers such as Aegon, Bright Grey, Legal & General, Old Mutual and Scottish Provident do not include additional payment conditions within the children's cover.

This contrasts with Aviva, which includes 11 conditions, Friends Life 28, LV= 19 and Zurich 12.

Admittedly, many of these additional conditions primarily affect adults but some, such as Crohn's disease, non-malignant pituitary adenoma, ovarian tumour of borderline malignancy and third degree burns 5%19% of body, have a significant impact.

Historically, most plans used an age range of 30 days till age 18. However, many have gone far beyond this. AIG, Bright Grey, Friends Life LV= and Old Mutual cover children from birth.

LV=, Old Mutual and Scottish Widows have extended cover to age 21, with Aviva, Friends Life and L&G offering cover to age 21 if the child is in full-time education.

AIG and Bright Grey go a step further in covering children until they reach their 22nd birthday.

Some years back it was common for insurers to require a survival period of 28 days from diagnosis. Beagle Street is the only insurer currently going beyond this with their 30-day requirement with most others sticking at 14 days. AIG, Aviva and Old Mutual have reduced this to 10 days.

Most CIC plans for adult come with integral life insurance so it seems unfair for insurers to apply any survival period when children's cover does not automatically provide integral life cover.

How much is payable?

Most insurers have settled on the lower of £25,000, or 50% of the parents sum assured. However, some are less generous – Beagle Street doggedly applies a maximum of 25% of the sum assured and Scottish Provident has a maximum sum payable of £20,000.

Some companies also downgrade the amount payable if a child claims for one of the additional conditions. Beagle Street uses the lower of £20,000 or 20% of sum assured with Friends Life using £25,000 or 25%.

LV= has a different formula where it will pay half of whatever amount the parent would have received and Zurich uses the lower of £15,000 or 20% of sum assured.

In 2013, L&G became the first insurer to offer funeral expenses for a child. The amount was £4,000 and it also came with up to £1,000 for childcare costs and up to £1,000 if the child has to stay in hospital after diagnosis of a critical illness.

Subsequently AIG, Aviva, Friends Life and Scottish Widows have included a £5,000 funeral expenses payment, with Scottish Widows applying a secondary limit of 50% of the parents cover.

Pre-existing conditions and pre-existing symptoms is a common exclusion with many also excluding total and permanent disability. AIG and LV= which both include type 1 diabetes cover exclude this for children due to the massively increased likelihood of a claim.

As the fifth most likely cause of a claim, it is apparent that the quality of the children's cover must be assessed as closely as the claim wordings for other conditions.

CIExpert undertakes such an analysis (click here for table) when allocating scores within its comparative database as such investigations are essential when quantifying the value of competing plans.

Four in ten parents of young children have life cover

PMI Health Group gets gold from Investment in People 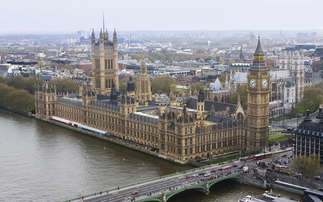