Advisers will see Royal London's brand change for Bright grey and Scottish Provident up to a year and a half before the public, the mutual has said.

He added: "In simple terms the intermediaries will see a change far quicker than the public, probably by the middle of next year.

"The key issue for all our brands is that they are known by advisers but really do not have any awareness amongst consumers.

"We are deliberately taking a couple of years with the customers as we want to take them on a journey with us. We will inserting notices in existing packs to customers so that the next time a pack is sent out there will be a recognition.

Loney noted that Scottish Provident, and Bright Grey are trading names and business was already written through Royal London.

"The reality is that this has been Royal London for quite a long time," he said.

Royal London currently expects both the Glasgow and Edinburgh offices of Scottish Provident and Bright Grey respectively will continue, as will the product ranges.

"We have no plans for merger at the moment, although we will keep on with improvement," loney said.

"This is not really a merger or integration story. We are really just changing the branding, as we have already changed the structure to this point.

"At the moment we have more than one product in a given line then what we will have is different names for the products rather than different company brands.

"There are no plans to slim the product lines down from the resulting brand merger."

The insurer said there are currently no redundancies planned as a result of the rebranding.

ABI to combine general insurance with life and pensions 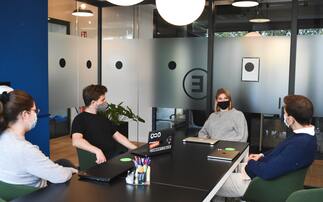