Industry Voice: Alan Knowles - 'I was able to tell my client she could make an unexpected claim worth almost £10k'

Based on diagnosis alone, she would not have got a pay-out anywhere else. 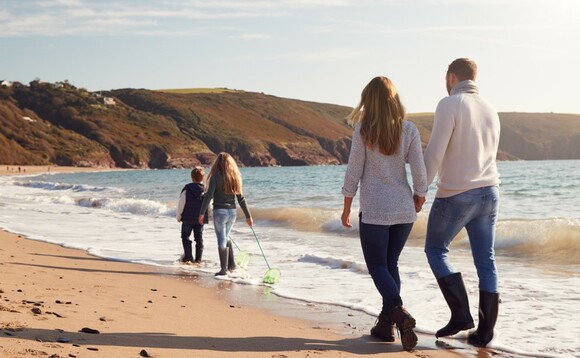 Nine years ago, protection adviser Alan Knowles, managing director of Cura, was approached by his client, Melanie* and her partner. They were looking to review their protection in light of a new mortgage. After considering all options, Alan recommended they take a Vitality Life and Serious Illness Cover (SIC) plan.

Alan kept in touch with Melanie over the proceeding years, reviewing their cover periodically. Nothing changed significantly until an interaction earlier this year revealed they were remortgaging. Her partner had received an alternative quote from elsewhere, so this triggered another review by Cura.

During the process, she revealed that a year or so ago she had been diagnosed with rheumatoid arthritis; a long-term condition that causes pain, swelling and stiffness in the joints, usually the hands, feet and wrists.

On hearing about the diagnosis, Alan immediately thought two things. "Firstly, this could impact a new policy [if that was something they wanted]. Secondly, a claim might be possible because her condition might be covered by her existing plan."

Alan asked Melanie if she'd informed Vitality about the diagnosis to see if a claim was possible. "She just said, ‘No, because it doesn't really affect me that much. I've never had any time off work because of it. It hasn't really got in the way of me doing anything.'"

To manage her expectations, Alan told her he would contact Vitality to find out whether her condition met the definition. "At that time, even though I knew Rheumatoid Arthritis was covered, I wasn't sure exactly to what extent. I thought there might be certain requirements such as a specific level of symptoms or medication of some kind."

On further investigation, Alan realised that Rheumatoid Arthritis was covered for diagnosis alone under the plan as a low severity payment (10%). After speaking to his account manager at Vitality, he was able to go back to his client and confirm she was able to receive a pay-out of £9,000 (10%) with the rest of her cover remaining in place.

Melanie's situation is a real-life example of a Serious Illness Cover claim that would not be covered by any other provider, under critical illness plans[1]. It would also not have qualified for an Income Protection pay-out either, because she has not needed any time off work.

Hitting home the life-changing value of top-quality protection advice, Melanie's experience is an example of comprehensive severity-based cover in action and how it is more likely to pay out. None of us can predict the future - so why leave your clients' future health situation to chance?

Why Serious Illness Cover? Find out more about the unique benefits on offer for your clients

A version of this article originally appeared on Vitality Insights Hub

*Name has been changed