Spire Healthcare Group has announced that chief executive Rob Roger is leaving Spire to take up a role as CEO of a large privately financed property business.

Roger will remain as chief executive officer of the hospital group until 30 June 2016 in order to manage the presentation of the Company's annual results (on Thursday 17th March) and to ensure an orderly handover.

Roger had helmed the company through its IPO on the London Stock Exchange in 2014.

Garry Watts, the company's chairman, has agreed to resume his previous role as executive chairman (a role he held from 2011 to 2014).

Watts will assume this role immediately and for a period of up to 12 months from Roger's departure.

Andrew White, who joined Spire in November 2015 as chief operating officer, will join the Board as an Executive Director with effect from 1 July 2016.

Watts said: "Rob has been with the business for over 9 years. He played an integral part in the formation of Spire in 2007 and since then has been an important member of the Spire team, first as CFO and then from 2011 as CEO.

"He has overseen the significant growth of the company both organically and through acquisition, as well as successfully guiding it through both the Competition Commission investigation into the Private Healthcare Sector and then the Initial Public Offering on the London Stock Exchange.

"Under his leadership, Spire has become one of the leading UK private hospital groups. We will obviously be sad to see Rob depart, but wish him well in his new role."

Further announcements will be made in due course regarding the Spire CEO role.

Protection Covered: What impact will the April dividend tax change have on protection? 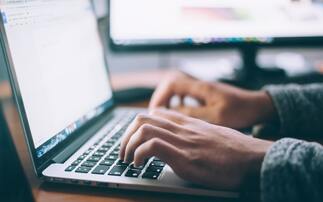