The ‘upheaval' caused by the Health and Social Care Act, implemented by the Coalition government, has been ‘damaging and distracting' according to a major report.

The research, The NHS under a coalition government - Part one conducted by think tank The King's Fund criticised complex organisational changes.

It argued instead the NHS should have focused on tackling growing pressures on services and an unprecedented funding squeeze.

Chris Ham, chief executive of The King's Fund, said: 'Historians will not be kind in their assessment of the coalition government's record on NHS reform."

However, the report also highlights some positive developments as a result of the Act.

Other key findings from The King's Fund's assessment of the Act are that:

• An unwieldy structure has emerged with leadership fractured between several national bodies, a complex regulatory system and a strategic vacuum in place of the system leadership that was previously provided by strategic health authorities

• While claims of widespread privatisation are exaggerated with less than 10% of the NHS budget spent on non-NHS providers, the emphasis on competition has resulted in greater complexity and uncertainty about when contracts should be put out to tender.

• Despite the intention to devolve decision-making and reduce political interference, the period since the Act was implemented has been characterised by regular ministerial intervention and a continued focus on targets.

• Responsibility for commissioning has been fragmented between different bodies and NHS England has been slow to establish itself, weighed down by its wide-ranging responsibilities

• Although not an explicit aim of the original reforms, progress has been made in developing integrated care and the Care Act 2014 is an important step towards a fairer system for funding social care.

The report also highlighted a "significant change" in the coalition's approach to the NHS, with the second half of the parliament characterised by a "welcome shift" away from the technocratic changes contained in the Health and Social Care Act to concentrate on safety and quality of care.

It said ministers have turned their attention away from competition and choice to focus on regulation and transparent reporting of performance data to improve care standards.

The report also argues that the next government should build on this with less emphasis on inspection and more support for hard-pressed staff to improve patient care, and accelerate moves to achieve closer integration of services.

Ham added: "The first three years were wasted on major organisational changes when the NHS should have been concentrating on growing financial and service pressures - this was a strategic error.

"Only latterly has the government adopted a more positive focus on improving patient care and achieving closer integration of services. Politicians should be wary of ever again embarking on such a sweeping and complicated reorganisation of the NHS.'

Adviser recruitment: The rules of attraction 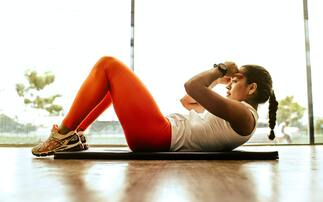