In light of the FSA's proposed regulatory fee increases for IFAs, do you think that advisers should have more input with the regulator on rules affecting their business? Should they be represented on the board?

Andy Milburn, Munich Re UK Life
This is a complicated issue when you consider how this idea could be implemented if you were in agreement with it. The FSA do not just regulate IFAs. They regulate reinsurers, insurers, banks, IFAs, direct distributors and investment houses just to name a few. Many of those organisations make some sort of contribution too. Do we need someone represented from all of those areas of the industry? You cannot just have one represented without the others surely?
This is similar in some ways to the supporters of a football club wanting a ‘fans representative’ on the board. With such a diverse range of organisations wanting to be represented, how do you pick someone to undertake that role?

If you look at the practicalities of the idea, it is probably far too complicated for anyone to rep-resent all of those organisations regulated by the FSA on their board. They would need a really good knowledge of the different organisations regulated together with a good awareness of the different financial services pro-ducts sold across the industry too. Pensions, investments, protection, savings, current accounts, mort-gages... I doubt we would find anyone who the industry would agree on as being the ideal candi-date for the position either, given the diverse range of strategies and views that we hear in the market place every day of the year.
Great idea. Think it through though and you quickly realise that it is not practical. Sadly.

Keith Richards, Tenet Group Limited
Tenet absolutely believes that IFAs should have significantly more input with the regulator and the rules affecting their current and future business, which in turn ultimately impact on consumers. It seems grossly unfair that the proposed substantial increases in regulatory fees for the IFA sector are due in the main to the failures of the stock broker Pacific Continental, which it would appear could have been prevented earlier if the FSA had been on the ball.

The FSA is at the top of the premier league of world regulators, paying top salaries to attract top people and it is therefore even more significant that recent failings, which have little to do with the IFA sector, should now impact on them and their clients financially.

We fully support AIFA and AMI’s stance regarding the formation of a regulatory fees strategy group. This will represent the interests of the intermediary community in a campaign to have fee increase proposals revised and the FSA budgeting process overseen by the National Audit Office.  It is essential that the intermediary community is able to have a voice on such key issues and we would welcome an initiative that sees a key IFA representative sit on the FSA board.

It is however, logical that the FSA wish to levy a higher charge on the banking community for its regulation but we fundamentally cannot agree with the level of fee increases proposed for the intermediary community.

Should the regulator’s proposals ultimately be implemented, IFAs and the wider mortgage intermediary community will end up paying for the failure of others, which cannot be an appropriate or fair outcome.

Phil Jeynes, Direct Life and Pensions
When one takes into account the perceived failings of the FSA with regards the banking crisis, the unclear, and in some views, unworkable template of the retail distribution review (RDR) and the prospect of significantly increased regulatory fees, show that it is not surprising that many IFAs feel their regulator does not understand their marketplace and has not grasped the key issues that are affecting it.

With this perception in mind, it is a relatively easy solution to suggest that a member of the IFA community should be representing the sector at FSA board level.

Having looked at the present FSA board though, this plan isn’t necessarily fool-proof. After all, there is more than one current board member from a banking background, and that is not a shining example of how experience of a sector has led to better regulation.

I do feel however, that at least one of the non-executive directors on the board (of which there are nine) should be from an IFA background.

Someone once said that non-executive directors are like bidets: no-one knows what they do but they add a touch of class. This is not a view that I hold, and I think that sensible input from an experienced IFA would be an asset to the FSA.

I also believe that transparency as to where our FSA fees are being spent would help, and would lead to a greater understanding from the IFA community, who may feel that they are currently being made to pay for the mistakes of others within financial services.

Peter Hamilton, Zurich UK Life
It is clear that regulatory change will continue, and will have a significant impact on advisers and their business. From a protection perspective, there have been clear examples of insufficient practitioner involvement (think pension term), but equally some positive examples with the recent agreement to further consultation on the illustration of total premiums being one of them.

There are a number of areas where protection advisers need to make their voice heard. The RDR currently does not apply to protection, and it is clear that protection was not taken into account when the framework was drawn up.

RDR addresses issues that are specific to the investment market, but themes such as com-petence, sustainability and consumer understanding are common to all markets. There is a logic to linking the different advice elements to ensure a coherent customer presentation.

There are RDR elements that are not easily transferable to a protection environment, where for example, commission works well, and without consumer detriment. The price the customer pays for a given level of cover is very visible. A removal of commission, if imposed on the protection market, could easily mean a significant widening of the protection gap, with customers looking to buy direct and without advice or not buying at all. Protection qualifications should be encouraged and supported, but if mandated, could increase the gap further.

Members of the FSA board are appointed in their own personal capacity but there is evidence that the need for practitioner experience is acknowledged. Michael Slack, a Director of British Insurance Broker Association is already on the FSA board. 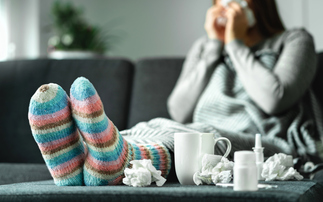 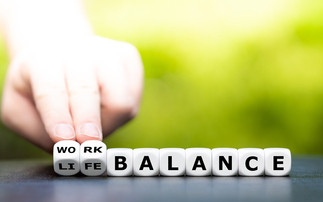