The Office of Tax Simplification (OTS) has urged government to clarify its approach to salary sacrifice.

In its Review of employee benefits and expenses: Interim report the OTS noted that the government contradicted itself by using differing approaches to apply salary sacrifice.

Many employers raised the issue of how to deal with this myriad of salary sacrifice arrangements with the body during its consultation period.

As a result, the OTS called for ministers to make "clear policy statements on this whole area".

The report said: "We heard about a considerable variety of salary sacrifice and flexible pay arrangements. People thought that the government was not clear about whether it supported salary sacrifice schemes or not.

"They seemed to endorse salary sacrifice in some areas - pension contributions and cycle schemes - but not in others. Salary sacrifice schemes are often difficult to explain to employees because of P11D reporting. There are implications for Universal Credit and student loan repayments.

"Overall, we think there is in many ways a need for clear policy statements on this whole area," it added.

The OTS also noted the increasing use of salary sacrifice or flexible pay had repercussions for P11Ds.

Although employees had paid for these benefits (perhaps a car) through changed pay, HMRC usually required a P11D to be submitted.

"That causes confusion among employees who think they are being charged twice for their benefits; it is also a potential source of coding errors," it said.

Flexible pay and salary sacrifice arrangements caused confusion among employees because of these P11D reporting requirements.

And the report also revealed that smaller firms were often not taking advantage of tax structures such as salary sacrifice because of a lack of understanding and/or resource. 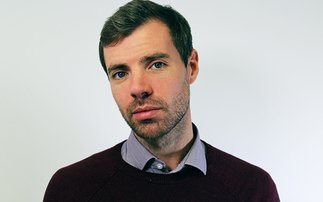