UK out of recession as better-than-expected GDP rises 1%

UK GDP rose by 1% in the third quarter of 2012, bringing the UK out of recession with first positive quarter of growth this year and beating analyst forecasts of a 0.6% rise.

The strongest quarterly figure since Q3 2007 was announced by the Office for National Statistics (ONS) in its first estimate this morning.

The ONS said production rose by 1.1% on the quarter, and services by 1.3%, but construction continued to weigh with a 2.5% contraction.

Ticket sales for the Olympics added a 0.2 percentage point increase to the headline figure.

Capital Economics estimated that a reversal of the Q2 "Jubilee effect" - lost output due to extra public holidays - added a further 0.5% to the Q3 number.

"Even accounting for this suggests that underlying output managed to rise by a small amount - an improvement on recent quarters," said Capital chief UK economist Vicky Redwood.

"As the Olympic effects unwind, it is still possible that the economy contracts again in Q4. Indeed, the business surveys have been painting a slightly gloomier picture, suggesting that underlying output is still stagnating or even falling slightly."

Yesterday prime minister David Cameron appeared to suggest a positive figure for Q3 was on the cards when he said more "good news" was on the way for the UK economy following falling inflation numbers and an improving employment picture.

Earlier this week Bank of England governor Mervyn King warned the UK would face "zigzag" growth for a number of years. But today's figure would appear to reduce the likelihood of further quantitative easing at the Bank's November meeting.

Sterling had traded at $1.6087 against the dollar prior to the announcement but jumped to $1.6125 on the news.

However, fund manager Schroders said there was still a danger of a 'triple dip'.

Azad Zangana, European economist at Schroders, said: Overall, when considering the positive contribution from the temporary factors included in the latest number, underlying growth in the economy appears to be running at about +0.3% for the third quarter. That is not strong enough to shield the UK from the external risks that partly contributed to the latest recession.

"In our view, the UK remains at high risk of a ‘triple-dip' recession in 2013 as domestic austerity continues and external demand is hampered by the Eurozone sovereign debt crisis. In addition, there is great uncertainty about the implications of the US ‘fiscal cliff' after the presidential elections in November.

"Nevertheless, today's better than expected numbers are welcomed, and will lead us to revise up our forecast for growth for 2012 and 2013." 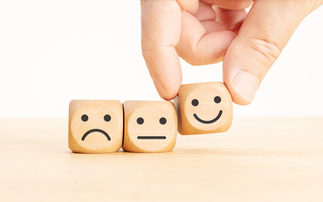 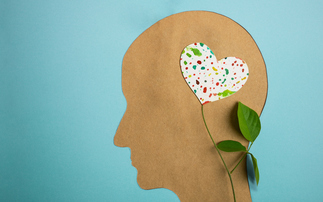