Interview: Big noise from the Quietroom

Rhys Williams works with providers on client engagement, a subject that, Paul Robertson finds, has rather a lot of adviser overlap.

Rhys Williams has a rather neat way of summing up what his company the Quietroom does: “We work with clients who have technical stories to tell,” he says.
As the firm’s creative director goes on to explain, the Quietroom’s clients – insurers, banks, pension schemes, or even the government – are usually selling something intangible or hard to love.

“If you think about it, to be the Chief Investment Officer of a pension fund or to be Chief Actuary at a health insurer, all you do all day is think about your subject; all you spend your time doing is going to meetings, conferences, where you meet other people who know lots about you.

“In the financial space, you’re quite often one step removed from your customer, because there’s an intermediary in the way. As a result of all of that, it becomes hard to think like the people you’re trying to persuade, the people you’re trying to influence. It becomes hard to talk in a way that can include them, because of this gulf of understanding.

“So, at one end, you have a bunch of quite techy people who know loads about their subject; at the other, you have someone who needs what they are selling but doesn’t understand it or, worse, doesn’t care about it. Our job is to try to turn that situation around.”

Quietroom attempts this through three strands: writing things for clients to use; training people to use words more effectively; and through changing thinking. How do you talk in a way that includes the people you are trying to influence? How do you make people not just understand but to feel positive?

An obvious difficulty here is dealing with the stress between a highly regulated industry and emotive language. For instance, the wording of contracts or the content of letters sent to people.

Williams agrees: “That’s the hardest and also the most fulfilling bit of my job. It’s not just complex subject matter; there’s legislation that governs what you can and can’t say.

“Sometimes there is an unintended effect of regulation, which begins in a very positive place. It’s there to protect consumers; to help them make informed decisions. The unintended consequence is that regulated firms, because they are very cautious about what they can and can’t say, take the path of most resistance. So, in other words, say absolutely everything they could ever say about the subject. The end result of that is that the consumer doesn’t get it.”

Essentially, what Williams and his firm do is wind back to what the regulator is there for, the consumer, attempting an internal conversation within the business.

So, if marketing want to say one thing and compliance want to say another, and compliance is really acting on behalf of the regulator, an alignment around what the consumer needs will theoretically pull everyone onto the same side.

“So as long as you make sure you are being honest, direct, fair, accurate, fair, clear and not misleading, as the regulation says, the regulator is going to be okay with that”, he says.

“Think about the difference between the words ‘help’ and ‘assistance’. We know those two words mean the same thing but if someone offers you assistance, you know it’s a bit rubbish.”

Quietroom can count PruProtect, Scottish Widows and Royal London among its clients. Without naming names, are there a standard set of errors? Does he ever say, “I see you’re doing that, you all do that.”

Williams has to think neither long nor hard: “Yes. We feel when we’re in a professional context, that it makes more sense to use the longer word rather than the shorter word, because that makes us look more professional.

“I see unnecessarily complex descriptions for pretty simple concepts all the time.
“Another thing is we don’t think enough about the singularity of the message. There’s a theory in communication that if you tell someone one thing, they’ll remember it, if you tell them two things, they’ll forget both.

“Sometimes we see a lot of, ‘Here are 18 reasons why our product is great.’ And they are all true, but they get in the way. 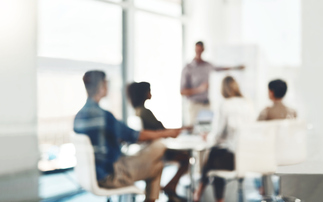 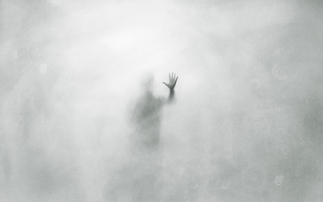 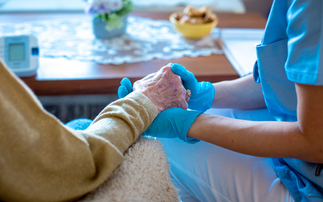