UHY Hacker Young is warning that as many as a third of taxpayers on PAYE may have the wrong tax code due to issuing errors by HMRC.

An analysis of tax codes sent to the top 20 firm's clients revealed that around 37% would have resulted in people paying the incorrect amount of tax.

Errors in the amount of tax taken out of pay packets by HMRC are unlikely to be questioned by taxpayers, the firm warned. As a result, they may end up paying more tax than they are supposed to, or could end up owing HMRC significant sums that will eventually be clawed back when the error is spotted.

WSB sister title Accountancy Age reports that although the national average error rate was likely to be lower than 37% - as UHY's clients frequently had more than one income - many of the mistakes it found were "quite basic".

This year, one of their local offices saw errors for 20 different taxpayers in just one week relating to benefits provided by employers, such as company cars and private health cover, which are usually set out on a P11D form.

Hacker Young tax partner Roy Maugham said: "Mistakes most frequently occur when someone has several sources of income, for example income from an investment as well as a salary and benefits from their employer, or where they have received a large one-off sum such as a dividend payment.

"HMRC really needs to make more of an effort to eliminate these errors as generally people trust its calculations and assume that they are paying the correct amount of tax."

For its part, HMRC refuted the numbers cited by Hacker Young, and said in a statement: "The numbers being cited are not correct, accuracy of annual PAYE coding notices is now 99%. The vast majority of people are paying the right tax at the right time through PAYE". 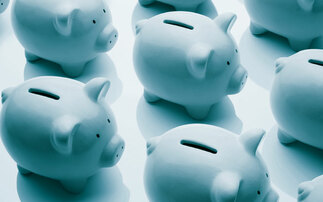 Interest in financial advice, protection up due to pandemic