There has been a significant increase in organised insurance fraud, the National Fraud Authority (NFA) has found but not targeted at protection and health insurance markets.

The body's Annual Fraud Indicator said UK insurance fraud, based on figures provided by the Association of British Insurers and the Insurance Fraud Bureau, is estimated at £2.1bn a year.

The NFA has also revised its research to include previously undetected fraud losses across the economy. The result is a significantly higher estimate of annual loss.

The NFA estimates £1.7bn in undetected fraud loss, £350m in organised staged motor vehicle accident fraud, and £38m in detected insurance fraud (where claims are paid before they have been identified as fraudulent).

The figures also do not capture insurance fraud loss resulting from people providing false or misleading information in order to lower their insurance premiums.

Stephen Harrison, chief executive of the National Fraud Authority, said: "This year's Annual Fraud Indicator has put the loss to the UK economy from fraud at £73 billion.

"This level of loss impacts every part of society, including the most vulnerable. It represents money that individuals, businesses and Government can ill afford to lose ending up in fraudsters' pockets." 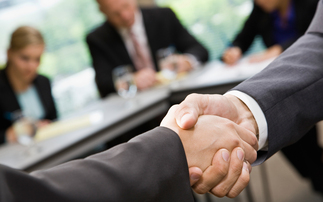