‘On my first day I was given an ashtray, a stapler and a staple extractor…’

It feels quite fitting that my swan song as editor of COVER magazine is an interview with Richard Kateley, the man whose career in insurance started at Legal & General back in 1987 and is drawing to a close there at the end of April.

When I consider my own heavy heart on leaving my post after just three years, I cannot begin to imagine the level of emotion that Kateley must be feeling as he prepares to step down after 33.

He's not afraid to admit it too. "I actually had tears in my eyes," he explains, reflecting on the staggering response that his post announcing his retirement received on LinkedIn. As we speak, it has had 25,000 views, 442 reactions and 276 comments in counting. "It's just been so humbling."

I am hoping I will still keep my finger in the marketplace, and if it’s not in the industry, I will be doing it down the pub, telling people they should speak to an adviser about income protection.

Comments from peers such as ‘You're a legend and a star' and an ‘industry goliath', while making him smirk, have helped Kateley realise the profound impact he has had on the protection industry during his tenure - something he had previously underestimated.

"I've always suffered from a thing called ‘B.F.O', which is fear of Being Found Out," he explains. "I don't have a huge intellect. I didn't do particularly well at school. And I have always been convinced that I have got to where I am today through luck. I've always been convinced that someone is going to find me out and say ‘you don't know anything at all'. I never thought in my wildest dreams that I would have this sort of effect on people."

Even Kateley's first role at Legal & General - as an admin clerk in 1987 - he believes was gained because his boss knew him from his public school.

Since then he has just focused on doing what he's good at, he says, which is talking to advisers (or anyone who will listen) about protection - the thing he is most passionate about - as he worked his way through the ranks as account director to eventually run the firm's market development team.

Many advisers will know Kateley from his appearances at the L&G Sales Masterclass workshops, at which he's been allowed the freedom to wax lyrical about the power of protection advice. Most of the best things he's learned in life are from financial advisers, he admits.

"Every day I would learn something new," says Kateley. "Every adviser is different, each one has their own of doing things, and all I did was reflect that back. I kept rebuilding our workshops by including in them what advisers' peers do. I've never sold it, personally. I've never been a financial adviser, so I am guessing a lot of the time. What I do is listen to advisers and the stories they tell you."

He cites catchphrases he's heard from advisers as inspiration: "I always help my clients plan with foresight rather than regret with hindsight" and "We don't sell protection policies to change people's lives, we sell them protection for when their lives change".

"Simple one liners that some people may think are corny but they work," he marvels. "The last thing we must do is homogenise the service we provide; like with the high street, where many are the same. I don't want that in my financial advisers. I want them to be a bespoke, boutique adviser who does things in their own way because they believe that's the right way of doing it."

He admires how protection advisers sell to people's need; a product that, for all intents and purposes, the person probably doesn't want. Unlike wealth advisers who tend to talk to a client's greed. "If you get a client and you turn their £100,000 into £1m: fantastic," he reflects. "But if you make sure someone can stay in their home - that they can keep their family together at one of their darkest moments of their life - that's got be a plus for anybody. It really has."

This dynamic is one that requires protection advisers to "work so much harder," Kateley explains, but it's a motivation driven by altruism more so than other forms of financial advice, he believes.

A big problem for him, however, is how financial services as a whole operates in silos. While it is understandable that niche, specialist advisers exist to focus on the ever-increasing intricacies of each subsect of the market, he appreciates that all advisers - be they wealth, pension, investment or mortgage brokers - are likely to need protection in their locker. "All those areas need to consider protection as a core part of it," he says. "You can't contribute to pension without an income. You can't make an investment if you need that money to live off. You can't have a mortgage without an income."

It's for that reason that he worked closely with Personal Finance Society (PFS) to urge wealth managers to speak to clients about protection, among his many industry projects.

You don't earn loyalty in a day

Another career highlight includes working to help Openwork set up its protection panel in 2010, an endeavour which saw the five providers involved working together, rather than in fierce competition. "We all worked together for the greater good and we weren't fighting over market share, but were all fighting to make the Openwork project work," he remembers fondly. "Something I would love to see more of in the wider market."

He also includes last year's Income Protection Champion of the Year award from the IPTF amongst his proudest achievements.

But trophies aside, it's his loyalty to the Legal & General brand that perhaps stands out as his most remarkable feat. Despite falling into the Guildford office 33 years ago, it is at the firm he has stayed (aside from a seven-month stint with Cofunds around 2008).

"I remember the first day I started at L&G I was given an ashtray, a stapler and a staple extractor and I had a desk and I was cock-a-hoot. I thought 'this is fantastic, I've got an office job'. I didn't know anything about insurance, I was 20 years old, and I think my boss at the time despaired at me because I was probably was awful."

According to Kateley, he draws his inspiration from his father who started as a check-in clerk at Heathrow Airport for British Airways and ended up as the airline's general manager for the Middle East.

"His motto was never ask anybody to do something you can't do yourself," Kateley reflects. "He could do that because he started at the bottom and worked his way up, so I sort of took on the same attitude.

"I thought if I'm joining this company, I am going to invest my life into it. It's a good company and she's looked after me. I do call her a she. She's an old girl. And I'm very proud. Luckily, L&G have kept me on. I have never had an inkling to go and work for another company. I have never been driven by money, and I could have done a lot better financially if I had of moved around the marketplace, but I've wanted to work for the same company."

Hence, his decision to retire was not an easy one to make. And, as he admits, it's highly unlikely he will be able to sever ties from the industry completely.

"I am hoping I will still keep my finger in the marketplace, and if it's not in the industry, I will be doing it down the pub, telling people they should speak to an adviser about income protection," he says. "But if I can get a gig that allows me to witter on about it, then I will. I just want to be able to choose how much time I spend on it."

Goodbye but not farewell

As we reported earlier this year, Kateley's decision to call it a day came after the pandemic brought him a new perspective last year. Losing two friends in their fifties to coronavirus, as well as helping his wife recover from heart surgery, has focused his mind towards his own mortality and the importance of not taking his life for granted.

"When your bucket is full, why continue fishing?" he asks. "We are not going to live in the Bahamas but we have enough for a happy life. I could work in this industry for a number of years and probably enjoy it, but if I dropped dead the day after I retired I would not be very happy about it at all.

"For me, we're only here for a finite amount of time so I might as well enjoy it, but I do hope this is not going to be the end of Richard Kateley…"

We sincerely hope not too.

FCA: Firms must understand and act to help financially vulnerable 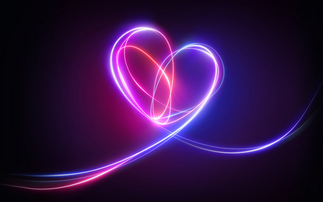 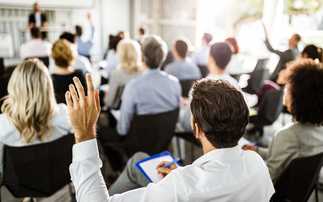 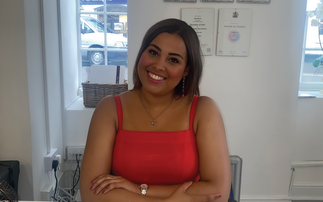 “We're all responsible for changing the narrative of the industry”