Rose St Louis: 'I cannot leave my diversity at the door' 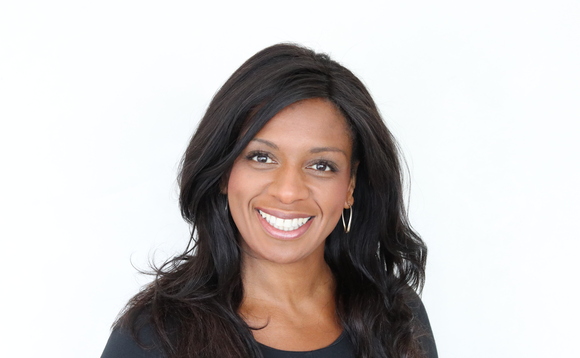 The theme of diversity and inclusion (D&I) appeared in two presentations to start and end a series of seven-minute sessions, which included the likes of protection advice expert Angela Davidson, Mortgage Advice Bureau's Andy Walton and UCL's Caroline Sabin who spoke about underwriting considerations for HIV.

Starting off with a disclaimer that she is not a D&I expert, but rather someone speaking from lived experience, KPMG insurance director Rose St Louis pointed out that "affinity bias" still exists within the insurance sector. "We migrate towards people who look like us, sound like us and think like us," she said. "If you look at leadership teams across the UK, they kind of look the same - not all of them do - but many of them do"

My ask is that you use your platform to not only serve yourself, but also serve others who neither look like you, think like you or love like you.

Reflecting on recent progress, Rose explained that there is still a lot to be done to further improve the customer journey and our approach to marketing as a sector.

After a Google Image search for ‘Protection' and ‘Insurance' revealed pictures of white couples and the occasional umbrella, Rose said she had to scroll down four pages until she found a person of colour and was unable to find any of a same-sex couple or anyone with a disability.

"So what are we saying to these people?" she asked. "I think we really need to think about that and we really need to work harder, we need to make sure that all customers know that we understand their needs, that we are there for them and that we can provide for them."

Rose said the industry also needs to think about the diversity of talent it is bringing into organisations. "I'm thinking about diversity of thinking here."

Rose recalled how she had two sponsors in her career - two "exceptional" white men - who could see past her skin colour, past her gender and see her talent. "In the face of some colleagues saying ‘Rose is the not the right cultural fit'," she said.

Rose St Louis: Why our industry needs to talk about race

Later on, executive director of Cicero, Mark Twigg, said: "You may be forgiven for wondering why a middle class white man has been given this platform to talk about the importance of diversity and inclusion in Britain's insurance industry."

He added that some might argue that white men have been on the stage for too long already and that it's time for white men like him to let others have their say.

Speaking from his own experience as someone who grew up in a poor, working class area and as a gay person in the industry, Mark explained how he was faced with homophobia every day and was made to feel excluded and marginalised at school, as well as at home.

Official statistics suggest that someone with Mark's background will face fewer opportunities in adult life, he said.

"With all that to contend with growing up, I find it very difficult when people tell me I look ‘pale, male and stale' or that I should shut up and let someone else take the stage. I have the right to tell my story, my experiences matter."

According to Mark, the insurance industry he entered almost 20 years ago was neither forward-looking, nor inclusive. The management team where he worked then were mostly men, all of their faces were white; they all spoke with soft, southern English accents - of a certain age and married with children.

"It was almost as if there was a management ‘cookie-cutter', you had to fit that mould if you wanted to get on. That doesn't mean they were all the same, of course. Maybe they too felt the pressure to conform and fit in. To hide the things that made them different. Unfortunately for me I couldn't fit that mould."

He added that many of the junior members of staff - a diverse, multicultural bunch working in the call centre - also didn't fit in. They did not have role models in senior management who looked like them, or anyone they could aspire to. "Like me, they knew they could not fit the management ‘cookie-cutter', so they moved on and quickly. Staff turnover levels were very high and the younger and more diverse workers chose to move on, rather than moving up," he said.

A lot of talent was lost for that company and it said a lot about the culture of that business, Mark said. "Senior management didn't even see this as a problem."

To conclude, Rose argued that firms wanting to make great products need to hold a mirror up to themselves, to see the diversity of their current and potential customer base reflected right back at them in the people that work with them.

"How can you play your part? Every single one of us has a privilege and a platform, so my ask is that you use your privilege and platform to not only serve yourself, but also serve others who neither look like you, think like you or love like you."

Watch the all the ProtectX2 presentations below.