The Times has agreed to settle a libel case in which it accused travel insurer tifgroup of ‘a pattern of fraudulent practice' that it said had likely caused a string of avoidable deaths.

The newspaper said it has accepted that this allegation is ‘untrue'.

As a result, it will pay ‘substantial damages and costs' to the insurer which operates a number of brands, including Boots Travel Insurance, Holidaysafe and Flexicover. In addition, The Times has agreed to remove the offending articles from its website.

A statement published today by The Times said: ‘On 20 November 2018 we published a front page article entitled "Boots travel insurer faces investigation over deaths"; together with two further articles on 20 and 24 November 2018 respectively entitled "I begged, but they wouldn't pay to bring my dad home" and "Insurer left my aunt to die, says Lloyd's boss". In these articles, we alleged that there were strong grounds to suspect that Travel Insurance Facilities plc had implemented a pattern of fraudulent practice that had likely led to a number of avoidable deaths. We now accept that this allegation is untrue. We apologise to Travel Insurance Facilities plc and have agreed to pay substantial damages and costs.'

tifgroup managing director, Richard Smith, said: "We have vigorously fought these untrue and unfounded allegations, which struck at the core of our ethics and values.

"It has taken a huge amount of effort and energy to bring this to a satisfactory conclusion. We are pleased to have had the correction and apology, so that we can once again put more effort into the real issues facing travel insurance providers and our customers, such as our efforts on leading global customer protection programmes and challenging unethical practice and patient trafficking.

"tifgroup, for myself and many of my team, is more than just a business, it is a family of likeminded people driven to make a difference in the travel insurance world.

"The team and I are extremely happy that The Times has agreed to put the record straight with this settlement."

While the year-long court battle with The Times is now over, the director of emergency assistance for tifgroup, Dr Miguel Nadal, will still have to face the Medical Practitioners Tribunal Service (MPTS) after formal allegations against him were passed on by the General Medical Council (GMC).

An official tribunal date is not set yet, but COVER understands that MPTS tribunals, which make a decision about a doctor's fitness to practice, are conducted independently with the GMC acting as prosecutor for the case.

Dr Nadal is accused of ‘impairment by misconduct' in relation to three cases in which policyholders have died.

Two of these cases were reported on by The Times. One involved 72-year-old Mr Blake who had a heart attack while on holiday in Lanzarote and died six weeks later, on his return to the UK. The travel insurer argues that Mr Blake was not moved because he was not fit to fly. We reported on Financial Ombudsman Service (FOS) interim findings of the case hereand a final decision on this case is expected imminently.

The GMC stated in a report that it is a concern that ‘serious failings' identified by two separate experts related to the three cases indicate a ‘pattern of repeated misconduct'.

When COVER contacted tifgroup for comment in July, the insurer declined the opportunity, however it told The Times at the time: "We obtain medical advice on insurance related issues, such as patient transfer, from a number of doctors. In the vast majority of cases and wherever possible decisions are made by a panel of two or three doctors."

It added: "Dr Nadal denies any wrongdoing and the details of the allegations are confidential. We will consider the outcome carefully and appropriately once the tribunal has heard all the evidence and decided whether or not the allegations are proven, which to restate, has not happened yet." 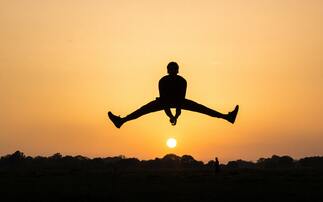 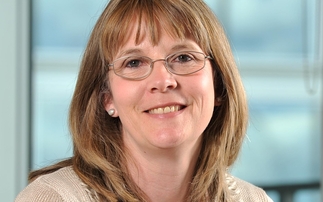 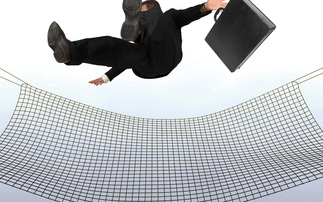 Over half Brits struggle to build financial safety net

One in 10 cannot keep track of regular bills and payments