Brokers urged to be mindful of new legal act

Insurers need to keep clearer records to aid in potential claims disputes following the introduction of the Consumer Insurance Act, according to industry observers.

The Act, which came into force on 6 April, removed consumers' duty to disclose material facts, replacing it with a duty to take reasonable care to avoid making misrepresentations.

The onus is on insurers to ask clear and specific questions at the policy inception stage, which has led insurers to review and adjust their point-of-sale documentation, proposal forms, websites and call scripts.

By bringing greater clarity, the new legislation aims to reduce the number of disputes at the claim stage. But, according to DAC Beachcroft partner Nick Young, the immediate challenge is to create an accurate body of data that will aid insurers in the event of careless representation. Careless representation could occur if an insurance broker fails to pass on relevant information to clients and encourage them provide truthful answers.

"The question is whether insurers will be able to establish with reasonable certainty what they would have done had a question been answered accurately and completely. That is where insurers face a greater hurdle because there is no precedent," Young said.

Steve Foulsham, technical services manager at the British Insurance Brokers' Association, said brokers need to ensure their insurance partners are complying with the new regulation and that their customers answer questions truthfully to avoid potential disputes.

He told Post: "Inevitably, we could get to a stage where insurers would be looking to pursue the broker if they feel there is a chance the broker hasn't done their bit and made the client fully aware on what should be disclosed. There could be some implications for brokers if they don't make sure the clients are aware of what's required."

Foulsham added the effects of the Act will be felt in the number of claims transferred to the Financial Ombudsman Service but he remained sceptical the act will lead to a higher number of claims being paid out by insurers.

Last year, the Law Commission estimated the new act will result in more claims payments to consumers. For general insurance, the Commission predicted increased payments of between £5m to £20m, which represent a premium increase of between 0.025% and 0.1%.

Tim Pitts, product manager at Allianz, said the introduction of the act has not yet materialised in any significant change as the legislation "reflects what we were doing in the first place".

Pitts reported Allianz had incurred minimal costs by complying with the new regulation. "There was some cost in terms of potential changes to some of our point-of-sale documentation that we issue through brokers but it was not significant."

Similarly, Guy Lawrence, underwriting director at LV, said while he does not have a figure on the implementation of the changes, he estimated the cost has been "modest."

Lawrence is also dubious that the new legislation will lessen the number of disputes between claimants and insurers: "I'm not convinced that there will be a significant change in the proportion of claims paid as a result of the Act. Any change is likely to be subtle because the Act is largely aligned with established best practice."

Swiss Re Group Watch 2013: The industry is getting it right 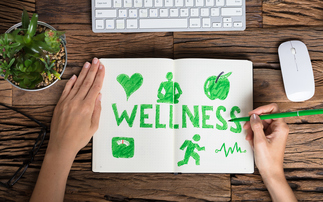