In commentary a lot is being made of the fact that this new policy is primarily aimed at preventing people having to sell their own homes to pay for care and won't apply to short term basic accommodation costs in residential homes, which in a lot of cases, with low or no nursing care needs, will be virtually 100% of the costs.

Another criticism is that, due to the low level of the majority of people's assets, most people's costs will never reach the cap. Importantly the cap will apply to Local Authority care fees tariffs and not to what an individual may actually be paying.

Another point being made is that it is a long time until 2018 and his reform does nothing to improve the quality of care services currently on offer which are generally described as 'a complete disaster, inadequate and dysfunctional'.

There is also concern that the cap is too high to really get people engaged with planning for their old age, although Hunt is quoted as saying "By setting an upper limit to how much people have to pay, then it makes it possible for insurance companies to offer policies, for people to have options on their pensions, so that anything you have to pay under the cap is covered."

While confusing, this does suggest that, rather than expecting the emergence of some sort of specific Pre-Funded LTCI market, what is hoped for is that more people will save for their old age through pensions and other long-term savings vehicles.

Thus when they are in old age they will at least have some funds available should a care need emerge and at that point of need they can then, in order to supplement their own savings plus the state contribution, look at other care fees funding vehicles, such as immediate needs and disability linked annuities and Equity Release.

Another option in support of this could be the emergence some form of LTC Bond, which could have some tax concessions if used entirely to fund care fees.

If this 'something saved is better than nothing' approach is to work then, to ensure coherence and consistency with any care fees funding policy outcomes, the Government also has to look at the regulatory and tax envelope that underpins Long Term savings.

For example the Work and Pensions select committee has just issued its 4th report, Lifting the restrictions on NEST, which recommends that the two key restrictions on NEST's operations, namely a cap on the total level of annual contributions which can be paid into a NEST pension each year; and a ban on transfers in and out of NEST, which are currently to be reviewed in 2017, be lifted "as a matter of urgency".

Also the differing treatment of adviser charging, between 'savings' and 'protection' products advice, under RDR will need harmonisation for any 'best advice' process to be fully comprehensive.

Most people would also argue that some form of public education, information and advice, campaign is required to combat what one Insurance principal recently described as "an absolutely chronic lack of awareness of how much people have to pay for care, how long they are going to need it for and what their options are".

This has to be coupled with some sort of funded signposting service to facilitate access financial advice, through accredited advisers, such as Society of Later Life Advisers (SOLLA) members, as part of any Public care needs and funding eligibility assessment process.

Peter Barnett is a policy adviser in the House of Lords an advisory board member of The Society of Later Life Advisers and chair of the Continuing Care Conference. 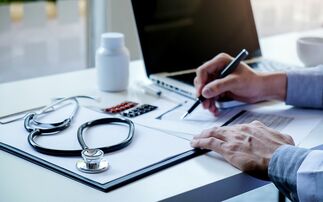 'There can be an instinctive tendency to assume that people immediately need treatment.'