The pandemic has thrown into focus an urgent need to improve the nation’s health, writes Vitality CEO

Last week, headlines have been dominated by the launch of the government's new obesity strategy which includes a raft of measures that aim to help get the nation fit and healthy and relieve pressure on the NHS. These plans include a ban on unhealthy food adverts and buy-one-get one free promotions, as well as more detailed nutritional and calorie labelling.

Obesity has become an urgent health crisis in recent years as the condition puts people at greater risk of serious illnesses, such as type 2 diabetes, heart disease and even cancer, putting considerable strain on the NHS. Indeed, figures from NHS Digital show more than 11,000 hospital admissions were directly attributable to obesity in 2018/19.

The health crisis has been pushed further into the fore as research shows it is now the second biggest risk factor for hospitalisation from Covid-19, and that this risk grows substantially as a person's BMI increases.

With the right education and incentives in place, people can choose to be healthier both physically and mentally.

The OpenSAFELY study published in Nature (8 July), analysed more than 17m NHS patients, finding that obesity significantly increased the risk of Covid-19 death. People with a BMI of over 40 face almost double the risk of death from Covid-19, relative to those who have normal body weight. Vitality's own member data also found that those who participated in regular exercise had a significantly reduced risk (up to 28%) of admission to hospital from Covid-19, all other things being equal.

As such, the case for action on obesity and levels of activity has never been stronger. Changing behaviours and attitudes towards health is not a simple task and it will require action from the government, businesses and individuals to drive a crucial mindset shift which moves from an inactive life to a focus on long-term healthy choices.

At Vitality, we've seen success by using the power of incentives to motivate and reward our members for making positive choices that make them healthier. We do this by offering reduced insurance premiums (at renewal) and rewards with partners like Apple Watch, Caffè Nero and Waitrose - incentivising and offering discounts to those who adopt healthy behaviours and habits such as practicing mindfulness, being active or eating a healthy, balanced diet.

We've tested its effectiveness too. One study, published in the NPJ Digital Medicine Journal, found on average participants taking part in the Vitality Active Rewards Programme completed an extra month's worth (34 days) of exercise annually when given short term rewards.  In addition, all participants saw their risk of mortality decrease: 7% for previously low-active members, 5% for medium-active members and 3% from previously high-active members.

This shows how incentives can help to bridge the gap between education and action. Often people have the motivation to do more exercise, improve their diet or reduce their alcohol intake but they fail to translate this into reality. Offering incentives gives people that extra nudge. It's important to stress that the changes people adopt do not need to be significant in order to heed significant results.

Ultimately, prevention is as important as cure when it comes to our health. With the right education and incentives in place, people can choose to be healthier both physically and mentally. It is just up to us all to make this a reality.

How to make IP more relatable to your clients - tip #7 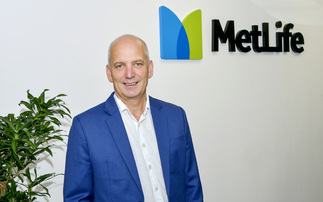