Only a quarter (24%) of adults in the UK with children under 16 have any form of financial protection, according to research.

The Scottish Widows Protection Report found this was a significant drop from 2013 where 31% of adults with children had protection insurance.

With over half (54%) of this group admitting that their savings would last just a couple of months if they were unable to work, a significant protection gap exists for families in the UK, Scottish Widows said.

Almost half of households (46%) with children under 16 are now also reliant on two incomes, and a further 14% of this group state parents or grandparents are dependent on their income.

However there is evidence that people are realistic about the support available, with only 1% of those with children under 16 believing the state would look after their family if something were to happen to them.

Almost half (45%) of this group also believe that individuals should take personal responsibility for protecting their income through insuring against the unexpected happening to themselves or a loved one. This awareness needs to galvanise into helping people take action.

Esther Dijkstra, head of protection at Scottish Widows said:"We can't ignore the financial pressures currently being faced by a large number of UK households, with families often supporting children and parents at the same time, whilst also relying on two incomes. However, many families in the UK, particularly those with dependent children, are worryingly under protected and the loss of one income could have significant long term repercussions for all generations.

"It's not always the easiest topic to discuss but it is one people should make time to think about and set up robust protection that adequately supports their family and safeguards their future. The industry also needs to continue to educate people about the importance of financial protection to help convert awareness into action." 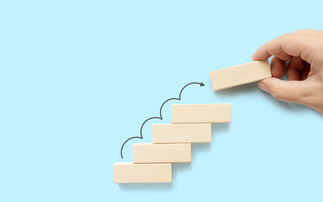