Munich Re has warned that cancelling the London 2012 Olympics in the event of a terrorist strike or natural disaster would cost the insurance industry as much as $5bn (£3bn), according to The Telegraph.

The paper reports that the bill would cover the costs incurred and revenues lost by companies such as advertisers and media companies.

Other forms of cover, including employers' and public liability insurance, would add to the industry's losses.

However, policies will not cover cancellation or disruption caused by transport chaos in London.

Andrew Duxbury, London underwriting manager at Munich Re, which has an exposure of about £280m to the games, said: "The revenue exposures between the World Cup in Africa and the London Olympics are similar, so I would expect the overall cancellation exposure to be a similar amount - about $5bn."

The International Olympic Committee receives billions of dollars in television rights, meaning that any disruption would prove extremely costly.

Duxbury added that hosting the Olympics in London will bring different challenges to those posed in China four years ago.

"In Beijing, natural catastrophe risks such as earthquakes concentrated insurers' minds," he said.

"In London, flash flooding from summer storms could cause temporary disruption. However, issues such as terrorism are potentially much more serious.

"One thing that won't trigger most cancellation policies is general travel dislocation. If 10 000 people fail to get to the stadium on time because they are stuck on the Jubilee Line that will likely not be covered.

"The onus is upon everybody to build in extra journey time and hope that London's public transport network can take the strain." 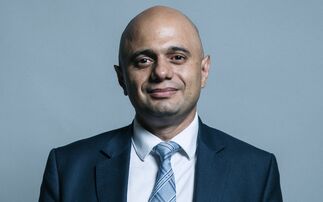