“That year was almost a cruel lesson in hindsight” 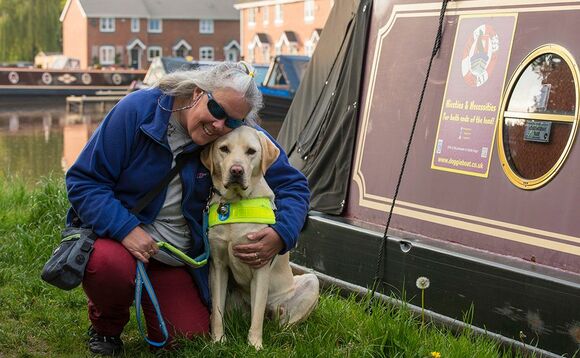 COVER catches up with Seven Families’ Tracey Clarke about her experience with the income protection project and what the Clarkes are up to seven years since the initiative started.

The Seven Families project is one of the outstanding achievements of the protection space in modern times; a cross-industry agreement to provide financial and personal support to seven families who had experienced severe health issues that prevented them from working - support they would have been eligible to claim had they been covered by income protection.

Tracey and Tim Clarke were the first family to be involved in the initiative back in 2014. Tracey's eyesight had deteriorated to the point where she was no longer able to work and Tim had recently been made redundant; in her own words at the time, Tracey said that"already in financial trouble, we were now facing bankruptcy."

Seven years on from the project, Tracey spoke to COVER about the legacy of Seven Families and what has happened to the Clarkes since, as well as reflecting on the lasting lessons they learned from the experience.

Tracey says that the project is a "huge demonstration of what could have been" had things gone differently for them, and that although being involved in Seven Families has helped them to invest a small amount towards their current ventures, a nagging sense of "what if?" still remains.

"Obviously we did benefit from that year of payments and extra bits and pieces, but there is still that ongoing ‘if only' kind of feeling - if only we had got income protection in place when it all happened," she says.

"It continues to drum in the mistake, the huge mistake, we made in not having income protection. That year was almost a cruel lesson in hindsight, really. We still talk to people and say: ‘If you can afford income protection, then for goodness' sake get it, because this is our story.' How different it could have been."

The Seven Families initiative ended for Tracey and Tim in 2016 and since then contact with the protection industry has been limited to occasional messages through Facebook. While Tracey says that this is largely to be expected - "life has moved on, that's the way it is" - she says the project should have been more than a one-off event and could have spurred on greater awareness.

"The whole project was a collaboration of very powerful resource, but I think it was underused. It has only really gone out on social media; it needs a national TV programme series or something demonstrating to the general public what we learned from that one year. With it being seven years on, then that's a kind of key number isn't it?" she explains.

Like so many other families in recent years, Tracey and Tim have experienced their share of ups and downs. The passing of Tim's parents afforded an inheritance that, with careful management, allowed for the purchase of a new, second-hand narrowboat which has been refitted to better suit their needs, including elements designed for Tracey's eyesight such as brighter lights, more accessible cupboards and clearer spaces.

The Clarkes are probably the most well-known participants of the Seven Families campaign and a big part of their family was Oakley, Tracey's guide dog. After years of faithful companionship and service, Oakley unfortunately began suffering seizures around three years ago; unable to carry out his duties, he was forced into an early retirement.

"He went to live with the owners of his doggy daddy and has had the most fantastic retirement, but sadly he passed away late last year - he was found to be ridden with cancer, which was really sudden and sad," Tracey explains.

"I've now got a new guide dog, a yellow Labrador called Loki, who I've had since March and we qualified in May last year, so it's the beginning of a whole new era really."

The Clarke family has also grown with the addition of another canine member, Ozzie, a Pug mix rescue dog who is currently undertaking hearing assistance training for Tim, who cannot hear high-pitched sounds such as alarms on the boat or bike bells along the towpaths.

Another new development for Tracey and Tim has been the launch of their own business, based out of their more accessible and suitable narrowboat, specialising in "healthy dog treats and niceties and necessities for both ends of the lead."

With Ozzie (Chief Product Tester) and Loki (Power Tester) on board, The Doggie Boat operates both online and along the inland waterways of England and Wales as an independent roving trader.

Tracey explains that because she is still deemed unemployable due to her eyesight, the business offers an additional income alongside their benefits, which is primarily run from an online store - when the Covid-19 lockdowns came into force, Tim was able to write a new website for the business, making it completely accessible to people using screen readers.

"It's a tiny cottage business and we won't be retiring to a Caribbean island any time soon, but it helps to keep the wolves from the door, as it were. It probably makes the difference between being able to feed the dogs on decent food and having an occasional bottle of wine ourselves, otherwise we wouldn't be able to afford to do that."

"It's a nice little hobby. It's not likely to become any much more than that really because of the constraints of space on the boat and so on, but it's fun and it gives us a purpose, as it were." 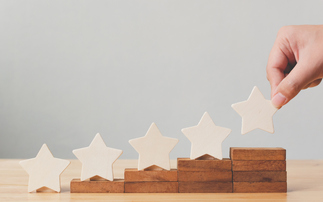 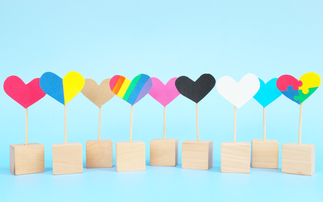 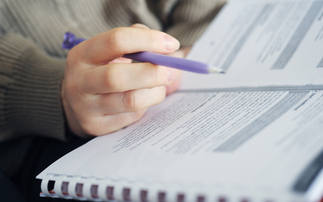