Employees who have died with outstanding holiday allowance should be paid this after their death, the European Court of Justice (ECJ) rules.

In common with other recent rulings regarding the Working Time Directive and holiday pay, the court found that this was an "important principle of social law and that the right to annual leave and to a payment on that account constitute two aspects of a single right".

It noted that the unintended occurrence of the worker's death must not retroactively lead to a total loss of the entitlement to paid annual leave.

And it added that payment of that allowance did not depend on a prior application by the interested party.

He had been seriously ill since 2009 as a result of which he was unfit to work until the date of his death. On that date he had accumulated 140.5 days of annual leave outstanding.

Mr Bollacke's widow submitted an application to K+K for an allowance in lieu which corresponded to the annual leave not taken by her husband.

The employer rejected the application expressing doubts that an inheritable entitlement could exist.

The case was referred by the German Higher Labour Court to the ECJ to decide if a law precluding the payment of annual leave in the event of a worker's death was compatible with EU law.

The Court rejected this, concluding that the death of a worker did not extinguish his right to paid annual leave.

All change for CI 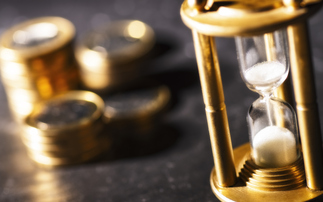