Over half of employees say job satisfaction is more important than salary in ensuring they are happy at work, a survey has revealed.

Job satisfaction was the most important factor for 56% of UK workers in securing happiness in the workplace, in contrast to just over a third (36%) who ranked pay above all else, according to the findings from Capital One.

Furthermore, more than six in ten (62%) workers are happy in their current role, with one in five (19%) going so far as to say they love it.

Happiness in work was also noticably higher among older employees, with 67% of those aged over 55 saying they loved their job. Women were overall happier in the workplace than men, rating their happiness at 67% compared to men at 58%.

Job satisfaction appeared a primary motivator in ensuring happiness at work for older employees, with 61% of those aged over 55 rating it top compared with 54% of respondents aged 18 to 34.

Regionally, Londoners were the happiest workers with seven out of 10 (71%) workers in the capital saying they either liked or loved their job. By region, employees in the North East appeared unhappiest in their role with just 50% saying they liked their current job.

Capital One HR director Karen Bowes said: "We spend so much of our lives in the workplace, so it's encouraging to see that so many people enjoy working and spending time with colleagues.

"Good employers recognise that their staff are their best asset and invest in creating positive working environments, empowering through trusted leadership and offering secondary benefits that support employees work life, well-being and interest. Creating an environment for success boosts morale, innovation and productivity." 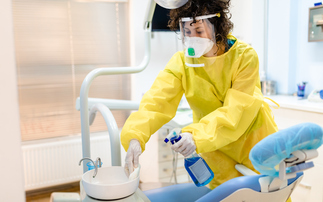 'Alarming' dental, audio and optical backlog as a result of Covid-19