Luke Ashworth: 'Failure is the seed of opportunity'

After tragically losing his son Harvey, business owner Luke Ashworth had to pick himself up and start all over again. A year on from the launch of his new project Adviser.ai, we caught up with him to hear his story

Luke Ashworth is one of the most honest and outspoken voices in the protection industry. After leaving his medical studies in 1998 he found himself working various odd jobs, eventually ending up in online marketing.

Ashworth has since gone on to be an industry-leading entrepreneur, setting up his first business at the age of 23, and he has grown two multi-million pound businesses from scratch. After the tragic death of his young son Harvey 10 years ago, however, he lost almost everything.

Five years later, his hugely successful UK broker business, Protected, eventually went into administration and, as you'd expect, his mental health took a battering. Despite battling with the fall out of unthinkable loss, Luke managed to pick himself up and start again. Just over a year since the launch of his new software platform Adviser.ai, COVER sat down with Luke to talk about his inspirational journey both inside and outside the life insurance industry, and how he got back on his feet.

“I had no option; I had to find a way to earn money. I was now in rented accommodation and faced losing that, I had to get food on the table.”

What was your first business and what made it such a success?

My first business was the one I set up at the age of 23 in 2003, Net Basic. At the time it was the UK's third fastest growing tech company. From a standing start and no external investment, we turned over £10m in our fourth year. During the recession of 2007, everyone faced a slowdown but it really made me ask what value I was delivering to the end customer. My plan was to build the Direct Line of life insurance - there was no business out there that had both online and telephony purchase: owned the product, owned the brand, and in control of the marketing and in control end-to-end. This was two mass-market life insurance products end-to-end. If Protected, as the brand name was, was on both the acquisitional funnel but also on people's bank statements, you've got a relationship. That doesn't happen with big brokers today. It also required a certain skill set - it combined the online marketing experience and the telephony experience that I had. I knew it was going to be a long-term plan when I set it up, maybe 10 years to build that business. I launched it and got it going relatively quickly and at the time it was one of the UK's largest brokers.

You lost that business not long after the sudden death of your son, Harvey. At what point did you decide "Right, I need to get back on my feet here" and how did you go about it?

I was in the wilderness for three years after losing Harvey. I then went to Alaska on another ‘trying to find myself' trip. I was out there for 12 days just running a pack of dogs every day for hours in minus 40 degrees and for some reason it made me driven enough to come back. I came back to discover that unfortunately I had made a mistake in who I chose to run the business when Harvey died. I tried my best to turn it around. I realised I had been lied to in my absence. I wish I'd paid more attention to it I guess, but I'd lost my child, my marriage and my home in the space of a year. So when you say "right I had to get back on my feet" I had no option; I had to find a way to earn money. I was now in rented accommodation and faced losing that, I had to get food on the table. I guess one of the hardest things that contributed to my mental health journey, is that some people get a chance to lick their wounds, they might even get a holiday for two weeks. I didn't have that option, I had to just crack on and find a way to earn money. And that's where the consultancy came, setting up Square Health. Don't get me wrong, I have had some holidays over the last five years but I've been working flat out these last five years to recover and survive ever since. That's the life of a business owner. They say it might look calm at the top but you're just paddling like crazy underneath to try and recover and get back up. I didn't have anything to fall back on. There was no financial security, no house, no wife that's earning money - it was just me.

Do you think that there was enough help available to you when you were going through such a traumatic period of your life? Was there any help available at all?

Not really. There were a few people who really did look out for me. There are people I know in the industry and friendships who will always be there. There are many who never said it directly, but you can always tell the care was there. This included leaders of competitive businesses. If I saw them they would ask how I was. I think, dare I say it, there were a tiny number who did take advantage of me and my precarious position and made my journey a lot harder. The issue with this is that no one could ever have made up for what I'd lost. I can't describe to you the loneliness that you feel at home when you've lost so much. Or how much you feel you've let yourself down, everyone else around you down, your family down. You've got no financial stability at all and no family. You've lost the whole lot, there's not much that anyone can do. You have to do it yourself. I've invested a lot in self-discovery and good therapy. That costs money. To access a good therapist you need money. The products we sell, for example income protection, I wouldn't have qualified for that. But there was a time when perhaps my mental health would've qualified for it. Though, I think ultimately it was my responsibility as an entrepreneur to get myself out of where I was and I've been doing that. All in all, the industry is a really nice friendly place where people do really look out for each other and I certainly was a recipient of that.

So how have you gone about rebuilding your life and career?

I think I had about £2.5k left in my bank account. I had to close down the business because it takes a month or so to close down a business of that scale. I had a couple of skeleton staff paid for by the administrators and I had to find some work. Every day I'd wake up and by then I had really bad anxiety and depression. Even if you're not getting any sleep you've got to put one foot in front of the other. I read a book called Think And Grow Rich, which is about the world's business men of the 1800s. It said in there that ‘failure is the seed of opportunity' and I came up with two ideas. One was a management training programme called Think Feel Act and another one was Adviser.ai.

I went with Adviser.ai because I thought it had more potential and all I've done since is work as hard as I can to deliver my consultancy clients and in turn reinvest that in my software. It's been totally terrifying at times. Because it's such a new idea you don't know if it's necessarily going to work, yet you're still putting money into it. But finally that risk of investing personally into it over the last three years is starting to pay off.

Could you tell us about Adviser.ai - the idea behind it, what it is, how it's going?

The idea behind it is simply that protection brokers struggle with all the different areas where they need to ring out. So that is where the customer is inquiring for the first time, it's where they're trying to do cover reviews, it's where customers have cancelled. It's a really inefficient process. So what I've designed is a system that enables brokers to automate the process of contacting these customers. They can interact with them using adviser chatbots that gather the information on behalf of the advisers, whether that's to do with buying a product in the first place, a cover review that might be required, or whether it's to do with a cancellation or where perhaps a customer is a bit nervous to speak on the phone at first, and maybe they'd like to interact with that company online a little bit more first.

The idea behind it I think is sound, but it's very complex in terms of the software. It's going well for our first clients. We've now got eight broker clients on board and they generate anywhere between 5-15% extra revenue per month without spending any more on marketing and their customers enjoy a much better purchase journey and much better customer service. So everybody's happy. We've got a mortgage adviser product on the way next year.

In terms of how it's going and how it's been received the hardest bit honestly is that it's quite a complex idea. No one goes out looking for this product so I've had to do the whole thing via Zoom because we've been in lockdown and I can't tell you how stressful it is trying to explain a complex product through Zoom. But it's going really well. There have been some tough times, but I'm really pleased with how we're ending the year.

Is there any advice that you wish you'd been given?

I've always been given loads of great advice but I've not always been mature enough to listen to it. As a business owner, part of achieving what you do is a degree of belligerence and thinking, "No, I can make this work". I remember the advice I got from the person I got in to oversee the person that I got to run my business when I took a step back and I didn't listen to that advice. But having said that, that also contributes to a degree of wisdom. I often say that the biggest effect on my ability to do business has been my personal life. So I'm going to say I wish I'd listened to my Mum all those years ago when she said "all the time you're with the wrong one, you'll never meet the right one". I feel that if you're with the right one at home then it's a hell of a lot easier to deal with the stresses and strains that you get as a business owner, because you feel like you've got that support and nothing matters quite as much when the proverbial hits the fan. But as you get older you get better at running a business and you get better at being able to spot what's going to go wrong.

What would you like to see done differently in the protection market?

For every single protection broker out there to use Adviser.ai! There have been some advances in the industry, but more can be done. The fundamental issue actually is that I don't think customers really view our products, bar a little pandemic concern, or our industry any differently to how they did 15 years ago. If we really want to change our industry that's what we need to change. 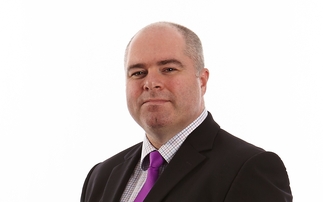