Solvency II - Get your skates on

With the implementation of Solvency II around the corner, Silverfinch's John Dowdall sets out priorities for all insurers.

The main issue for those facing Solvency II, is that many think the new framework is straightforward to implement – unfortunately it isn't.

It is, however, an opportunity for insurers to reorganise their portfolios and get great service from the asset managers who want to help them in their hour of need.

What is Solvency II?

In essence, the new regulatory requirements, due to come in at the start of next year, stipulate that insurers have to be able to understand the risks within their asset books, and that in order to do this they must be able to outline the underlying assets they own.

This might seem terribly straightforward – insurers will have detailed lists of their direct assets; they are likely to know immediately how much they hold in gilts, bunds and treasuries, and perhaps even some direct equity holdings as well.

However, insurers also invest a considerable amount in funds, and this is where things get a little bit more tricky.

Until now, the fund manager has reported details of larger holdings perhaps once a month, and given a full breakdown at the half-year and full-year. These reports will likely have been lagging probably by several days or weeks.

But Solvency II requires detailed information on ALL holdings within a fund within days of the event, so fund managers will have to furnish their insurance clients with this data (so-called look through).

Fortunately, many are prepared to provide this granular level of detail and there has been an encouraging response from the asset management industry to Solvency II.

But by far away the biggest issue in relation to Solvency II is the fact that investing isn't as simple as that. Many insurers go through third-party platforms or funds-of-funds to access different strategies, and therefore there is often no direct link between the asset manager and the insurer.

In order to combat this, insurers and asset managers will have to take specific steps well in advance to make sure the correct data is transferred to the correct client.

A worryingly common response to Solvency II is simple inertia. Many insurers are under the belief that as this regulation is so complicated and there is widespread confusion over the rules, that the regulator won't be as strict as has been envisaged.

Indeed, some insurers have suggested that they won't need to outline fully the underlying holdings in a third-party fund and instead a breakdown of asset allocation will suffice. Sadly this is simply not going to be the case.

Whatever the reason, the anecdotal evidence thus far on insurer progress is not encouraging. At our conference in March  we heard that  only 10% of insurers had initiated contact with their asset managers over how to prepare for Solvency II.

More recently, it seems the situation has improved somewhat; we've talked to more than 200 insurers and roughly half are taking steps to make sure they are fully compliant with the new rules.

That, of course, means that there are at least a hundred insurers out there who are not.

This really matters. Although the rules are only due to come to effect in January, we know that regulators are already doing dry runs to see how preparations are coming along at the companies they oversee.

Like the disorganised pupil who comes into class on the first day without his homework done, and forever more attracts the glare of his teacher, it's not in the interests of any insurer to appear unprepared, even in these early tests.

An insurer's failure to show they have a plan in action to meet the deadline will likely mean that when January comes, they'll be the first on the list when the regulator starts compliance checks for real.

We can understand why some in the industry think they will be protected by the seemingly general ambivalence, a kind of safety in numbers.

After all, it's not just the companies who are lagging. Reports in recent weeks have pointed out how the vast majority of European nation states have failed to transfer the Solvency II rules into their own domestic legislation on time.

Even the regulator isn't exactly giving the impression of being prepared, with the European Insurance and Occupational Pensions Authority (EIOPA) saying it needs €2m more to carry out its duties for Solvency II.

All of this, however, is immaterial. It doesn't matter how the regulators or countries perform in terms of meeting their targets. The ones who are going to be fined are the regulated, and in this case that means insurers.

So, those are the risks facing those who fail to prepare, but for those who are ready to embrace Solvency II, there are some real opportunities of which to take advantage.

Not only is this new regulation a chance for asset managers to win more business and to reorganise their operations to be more efficient in terms of looking after the clients. The same can be said for insurers.

Given the amount of organisation that will go into compiling and organising the holdings data, it makes sense for the insurers to use this information to the best advantage – ultimately, the aim of Solvency II is to help insurers understand better the risks within their assets.

We envisage that many insurers will use the information gleaned from the exercise to reorganise their portfolios.

Fund managers are already aware of these trends, and recognise that those best orientated to help the insurers with the regulations are going to be the ones winning contracts and assets going forward. Many are improving their client service interface with insurers.

We have even heard anecdotal evidence that some are offering  Solvency II-friendly funds and share classes that are designed specifically for insurers.

All of this goes to show that asset managers are willing to step up and help on these regulations, but they need the insurance industry to help itself as well – they need the insurers to outline their exact requirements, explain what data they need, when and in what format.

Solvency II is just around the corner and for those who take the time and effort to get to grips with the new requirements and who use this as a chance to work together with their asset management partners, the opportunities and benefits are plain to see. Good luck!

One third of insurers 'in some form' of wind down - PRA

Protecting the value of income 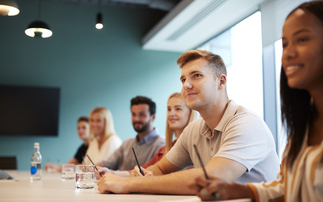 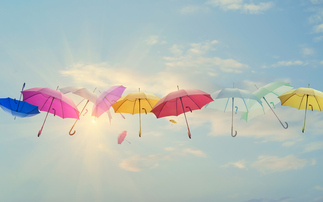 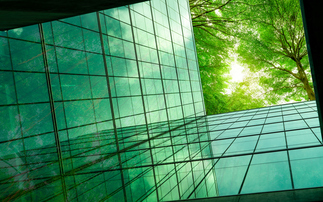