The process involved in insurers gathering further medical evidence has been a cumbersome process for some time. Claire Reeves at Niche Health explains how its new software is making sourcing GP reports more efficient

During the course of a working day, GPs and their staff are faced with many different types of requests from patients, regulatory bodies and companies alike. The prime focus of a general practice surgery is the delivery of care to its patients, but this comes in many forms: some directly and others more indirectly.

One example of the indirect care delivered to patients by their general practice is the provision of medical reports requested by third-party organisations.

An enormous, paper-heavy burden to GPs, practice staff are inundated with report requests from patients, regulatory bodies and large corporates on a day-to-day basis.

As far back as GPs can remember, they have been carrying out this task under increasing strain to schedules.

Insurance company reports for the purposes of life insurance account for the largest proportion of third-party requests made to GPs.

The current process involves a substantial number of cumbersome steps for both parties. From a general practice perspective, the initial contact begins with receipt of a letter and patient’s consent, requesting a report to be generated. Following this, it is common for the GP to request payment in advance of producing the report.

On receipt of payment, the request is then ready for processing. This varies from practice to practice, and will differ depending on the type of report requested.

Currently, there are a number of report types that include a GPR (General Practice Report), which is a specific set of questions relating to the health of the patient. A Subject Access Request (SAR), sometimes referred to as a ‘full patient report’ which will cover all aspects of the patients health records, excluding those things that are not permitted to be shared with the requesting insurer.

Finally, there is what is sometimes referred to as a targeted report, where the request relates to a specific condition or conditions.

Irrespective of the report type that has been requested, a GP has to produce and review print-outs and photocopies to ensure that information is correct and excludes information that should not be sent. Staff then arrange postage back to the insurer.

On the insurer side of the fence, the current processes in place to receive, capture, underwrite and manage the patient medical reports requested from GPs are equally cumbersome ,and again, paper heavy. Internal processes have been streamlined as you would expect to enhance efficiencies, but ultimately much of the end-to-end process still relies heavily on paper and postage.

To understand this process at a simple level, the average turnaround time for a report to be requested, created and received back by an insurer is 32 days.

This allows for: postage of the request to the GP; payment processing either at the start of the process or at the end, depending on a practice’s requirement; generation and preparation of the report; sign off to release the report; and then postage back to the insurer.

An example of just one element of the overall process that creates difficulties and labour intensity is the processing of payment for the reports. At present, 80% of report requests are paid for by cheque.

Current methods also make for difficult analysis of the information provided, with reams of paper to be processed for underwriting, which is both labour intensive and unwieldy.

Over the course of the past ten or so years, there have been a number of attempts to produce a fully end-to-end electronic solution to address the challenges that are faced by the insurers and their interaction with UK general practice.

All of these have been without success. Much of this work has focused on the needs of the third party, whereas in reality the benefits of any system developed must be seen by both parties to achieve a successful solution.

In 2012 Niche Health set about developing iGPR, Intelligent GP Reporting, a solution for GPs and insurers. This was achieved on a small scale through working with focus groups of GPs and engaging with Insurers directly to demonstrate how the electronic end-to-end solution would work.

The GP process was widely acknowledged as ‘clunky’ at best and ‘unregulated’ at worst. Delivering technology to receive, create and return a report electronically in a few clicks of the mouse clicks was and is seen as revolutionary by general practices and their staff alike.

Adding the ability to automatically and accurately remove non-permitted data from medical records makes for an extremely appealing solution. Hours of searching and ‘scoring through’ data are avoided and confidence that the record has been appropriately redacted is provided to the GP.

Dr Spencer Goodwin, GP Partner at Chippenham Surgery, says: “Insurance requests are very time consuming, and in a busy practice with high patient demand they can sometimes be given a lower priority. We get quite a few requests to the practice, and anything to make the process a more efficient system would be beneficial to GPs, patients and ultimately insurance companies.”

The goal of solving this long-standing problem for GPs, at no cost to the general practice or the wider NHS, is ground-breaking. However, to be able to do this, Niche Health needed to prove that benefits in equal measure could be realised by the insurance industry, and could be seamlessly integrated into existing processes to make adoption a real option.

Doing this in an industry so large, with so many complex layers, needed interaction with ‘trail blazers’: those who had a real desire to change their industry and the way it captures medical information.

Russ Whitworth, underwriting and claims director for Legal & General, says: “As a responsible insurer, we have supported the development of this process to protect patient confidentiality, ease pressure on GPs, while providing the best possible service and the quickest response to applications for our customers.”

Robert Morrison, chief underwriter at Aviva, further qualifies the need for change. He says: “The new system is great news for both GPs and customers, because it will save valuable time, while maintaining patient confidentiality. At Aviva, we have a huge focus on using digital technology to enhance the customer journey, so this is a fantastic example of doing just that.”

With a solution that caters for the different report types insurers request – whether a SAR, or a GPR – the system streamlines the process hugely for the insurer, lowering labour overheads, shortening turnaround times, removing paper, increasing security and ultimately lowering risk through disclosure, it is seen in a positive light by all involved in adopting iGPR.

With many organisations consulted during the creative process, including the BMA, RCGP and the ABI, we believe iGPR, at long last, offers a real solution to both parties resulting in real efficiencies to be realised by both GPs and insurers, while meeting the wider needs of patients securely and compliantly.

A statement from the ABI said: “The ABI welcomes the launch of the Niche Health system for accessing medical information as it has the potential to benefit customers, GPs and insurers. It has the potential to speed up offering insurance to customers, while reducing the risks of non-disclosure and of any claim subsequently being declined. It will save GPs valuable time when dealing with requests for medical information, while maintaining the security of patients’ medical details.”

Guy Bridgewater, managing director of Niche Health, says: ‘We believe we have finally solved this long-standing problem. The solution is being deployed nationally to general practices across the UK, with 80% adoption targeted in the first quarter of 2015.

"Insurers using or currently adopting iGPR account for 60% of requested reports. Work is in progress to enable additional insurers over the coming months. Niche Health is excited to be establishing iGPR as the de-facto standard for electronic third-party reporting.”

Claire Reeves is director of communications at Now Health

Claire Reeves is director of communications at Niche Health 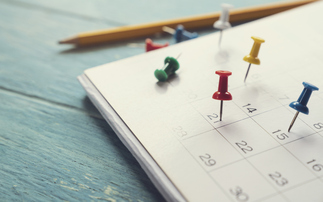