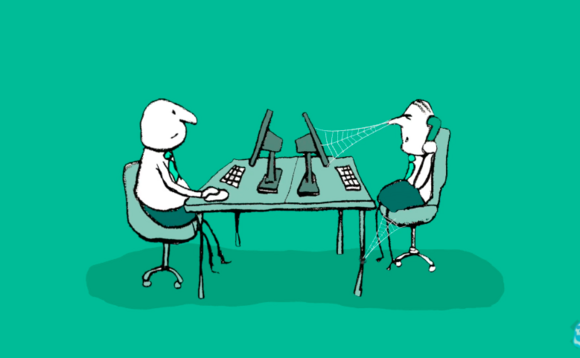 A media equity deal with Channel 4 Ventures - that will enable DeadHappy to double its current media spend - is to be used to increase the reach of a major new TV campaign kicking off in Q1 2021, according to the firm.

According to the life insurance start-up, the investment will help it introduce its brand characters, Mick and Tel [pictured], to a ‘mainstream' audience.

"Our customers and followers have gone nuts for Mick and Tel!," said Phil Zeidler, co-founder of DeadHappy. "They allow us to talk about life and death in a way not seen before - poignant and (hopefully) very funny. You will definitely be seeing more of those two characters and their friends in the near future."

Alongside the £2m deal with Channel 4 Ventures, DeadHappy has also secured £2.75m from 1200 stakeholders, including VentureFounders, a new VC, as part of a crowdfunding round.

The funding follows £5.5m investment so far from the likes of Octopus and e.Ventures, both of which decided to reinvest in the latest round.

Since launching in February 2019, the life insurance offering, which works on a pay-as-you-go 10-year rolling basis and has an underwriting journey of just four medical questions, has insured over £1.bn pay-outs so far.

Zeidler added: "We've redesigned life insurance with a customer first approach, giving them access to choose what they want, not what the industry thinks they need. We've created a proposition that attracts many of the 8.5 million potential customers the industry currently fails to serve, while making the traditionally arduous process of obtaining life insurance a lot quicker, cheaper and far more flexible. We are blown away with the response and are now focusing on scaling the business. We are incredibly excited about bringing our new digital life insurance concept to a much wider audience."

Its unconventional approach to term life, which covers policyholders for five to 10 years with only a year-long fixed rate, has been questioned by some.

However the proposition, which encourages policyholders use their pay-outs to fund "death wishes", has been praised for its bold approach to marketing, picking up the Innovation Award at Protection Review at the end of last year.

Vinay Solanki, head of Channel 4 Ventures: "We are delighted to be supporting Phil and the team at DeadHappy on their mission to change attitudes towards death and make it more straightforward to plan for. Their first product is a totally fresh approach to life insurance. We look forward to supporting DeadHappy's ambitions to become the leading direct-to-consumer life insurance brand in the UK."

James Codling, exec chairman and head of investment, VentureFounders: "VentureFounders is delighted to be investing in DeadHappy, a business which is revolutionising the life insurance industry by making life insurance products more accessible and affordable. DeadHappy joins our portfolio of high growth Fintech and SaaS companies and we look forward to helping this business achieve its full potential under Phil's expert leadership."

NICs could be raised 1 percentage point