The Financial Services Compensation Scheme (FSCS) has lowered its final levy for 2016/17 to £337m but will ask life and pensions advisers to contribute a total of £90m this year.

The body said the total demand was £26m less than originally forecast in its plan and budget for the year published in January. The levy in 2015/16 totalled £319m.

It added management expenses fell for the second successive year. In 2016/17, the budget totals £67.4m.

The FSCS said while most industry sectors will contribute less in 2016/17 than originally projected life and pensions intermediaries would pay more.

The FSCS said this was down to the higher average cost of claims arising from advice about self-invested personal pension investments. In 2015/16, life and pensions intermediaries paid a levy of 100m.

Chief executive Mark Neale said: "The annual levy allows us to compensate customers. That generates consumer confidence and trust in the industry.

"We look forward to the forthcoming review by the Financial Conduct Authority into how FSCS is funded, and will play our part in discussions. I encourage the industry to play a full role in the debate."

“Since FSCS was created in 2001, more than 4.5m people have received in excess of £26bn in compensation claims against the financial services industry." 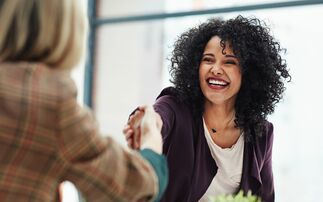