The Bank of England has held interest rates at 0.5% for the 41st consecutive month and kept its bond-purchase target at £375bn.

The decision was widely expected by economists, despite weakening data on everything from growth to expansion of the money supply raising the prospect of further action later this year.

Last month the Bank extended its quantitative easing programme by £50m to £375m in a bid to pull the UK out of its latest recession. Minutes from the Monetary Policy Committee's July meeting later revealed a 7-2 split in favour of the decision.

Earlier this year the International Monetary fund said the Bank should consider options other than QE in order to stimulate the UK's sluggish economy, including a cut to the base rate.

Minutes from last month's meeting also revealed the Bank is waiting to assess the impact of its Funding for Lending scheme before considering whether to cut rates again.

With the US Federal Reserve also sitting on its hands this week, declining to take further action to stimulate the US economy, all eyes are now on the European Central Bank.

ECB president Mario Draghi said last month the bank would do whatever it takes to save the euro, a comment that some took as a sign the ECB would restart its bond-buying programme.

But expectations of fresh action have since been reined in amid continued doubts over the German Bundesbank's stance on central bank stimulus.

Workplaces need advice to avoid the dangers of stress - CIPD 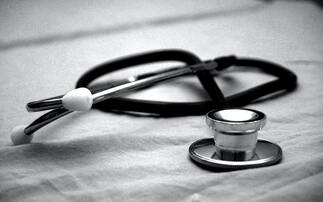