Speaking at a Zurich roundtable event, the pensions minister (pictured) said he “struggled” to see how private sector insurance companies could play a role in the state welfare system.

He said: “I describe myself as permanently open-minded but still sceptical on all of this.”

The debate, How do we fund a sustainable welfare system, which also featured veteran Tory peer Lord Hunt, took place on 8 January.

If the government did have money to spend on this in the short-term, wouldn’t prevention be better than solution?

Simon Foster, head of corporate life and pensions at Zurich, argued it was possible for private insurance to play a greater role in welfare spending to ease the burden on the state.

He said it was essential working for longer was made easier for employees - who could then save for longer for their retirement.

“One of the things we need to be thinking about is keeping people in work for longer,” he said.

“I will quote you if I may, Steve: ‘Those who drop out of the labour market in their 50s due to long term sickness, general poor health or caring responsibilities can seriously damage their retirement income.

“‘Action to keep these people in the labour market could do more for pensions outcomes than the rules and regulations around pensions.’

“I agree with that. There is the challenge of keeping people working for longer.

“I do think income protection does have a role to play. Our research suggests some substantial benefits for both claimants and the welfare bill. There are some benefits for the state as well as individuals.”

Webb argued any public money spent on potential tax breaks to kick-start the income protection scheme might be better spent on preventing people taking sick leave in the first place.

“Income protection is a good thing but should we be putting a lot of effort into this end of the market? If the government did have money to spend on this [in the] short-term, wouldn’t prevention be a better solution?

“If we are going to spend public money wouldn’t it be better to keep workers healthier for longer, pick up problems in the workplace earlier - let’s prevent people going off sick in the first place.

Matthew Oakley, head of financial services at Which? said any private sector involvement in state welfare would be a hard sell.

“If the industry is going to play any role in providing support to the state then they need to do a lot more about confidence and trust in the industry.’

He added: “Consumers are reasonably sceptical about whether things are working in their best interests and they would see an approach like this as an attempt to increase business rather than what is best for the consumer. There is a real challenge there.

“That said I do not think this is necessarily a bad idea.”

She said income protection was the “jewel in the crown” of insurance products but was severely undersold by advisers.

“It’s a great product: it’s affordable and it pays out,” said Fritz. “But consumers don’t know about it and it is not sold to them.”

"While underwriting can be selective for the minority who apply for protection insurance, the definitions used for private Income Protection are typically considerably better than those generally applied for state benefits - and with over 90% of all IP claims being paid in the UK we believe the debate with Government in this regard should continue.

Le Beau added:"Clearly the more comprehensive personal products can be and the more joined up the industry can also be, the better for all concerned, although it is worth noting that state support for people unable to work is understandably not significant, and we believe it is important to provide a private sector alternative which can lift a wider burden from the State as well as playing a significant role in helping people to get back to work.

"The direction Auto Enrolment and overall Pensions reform are taking is signposted towards greater self-sufficiency in terms of a realistic conclusion that the state cannot be solely relied on in terms of retirement provision. Presumably the same principle could apply to protection insurance.

"Either way, we believe that it is very much worth the Government investigating the feasibility of providing support of this kind."

UPDATE Circle in talks to withdraw from Hinchingbrooke contract 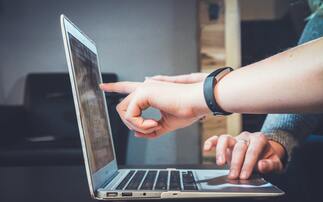