Life in lockdown (and the fear of returning to 'normal')

Boris Johnson's announcement the Sunday before last should have made me feel excited at the prospect of returning to ‘normal' - whatever that may be now. However, all it did was cause a wave of fear and anxiety, like I'm sure it did for many others.

Throughout this whole ordeal we have been riding an emotional and psychological rollercoaster. At the beginning came the initial questions around how we might cope mentally, physically and financially.

Then, for myself, came the super-productive positive phase; working on the freelance commissions I had, finally having time to build my own website and fix my bicycle. FaceTiming friends and family became an almost daily activity, speaking to them more often than I ever had done in my whole entire life, and there were (and still are) the weekly quizzes with friends via Zoom (which have been the highlight of my lockdown).

If you've been travelling for a year or two and then return home expecting to find everything just as it was, except it isn't and everything has changed - it's that feeling.

Then, there was about a week of enjoying the downtime with some semblance of a routine still in place. This was shortly followed by boredom and frustration, wondering whether I'll ever get to see my friends or family again, as well as fear of the outside world and of other people. There were definitely tears.

But over the past couple of weeks I have become so accustomed to lockdown life that I am actually enjoying it. I like that I have time to do a yoga class or a full workout followed by breakfast in the morning, even time for a fancy smoothie with my new blender (a lockdown purchase) and I've all but given up on putting makeup on and drying my hair (my skin and hair are very thankful for this).

I can take each day at my own pace. I guess I have some sort of Stockholm Syndrome and COVID-19 is my captor. So when Boris made that announcement and said that within a matter of hours people could go back to work (oh, but don't use the transport system, eh? - which of course most of us rely on to get from A to B) I had a panicked, internalised meltdown.

A flurry of thoughts consumed me - "I haven't done enough", "I'm not ready", "I can't be in public", "I'll catch the deadly disease and die", "I haven't written my novel/learnt to do the splits/become a qualified yogic acrobat specialising in the nutritional psychology of plants!". I felt overwhelmed. But, sharing my thoughts with friends, I found that quite a few of them were experiencing similar feelings and fears. According to a recent poll by Ipsos MORI, two-thirds of Britons said they wouldn't feel comfortable going to large public gatherings and 61% of Britons would feel uncomfortable using public transport or going to bars and restaurants.

After doing a little research, I discovered that this is a very real, psychological condition. It's known as 'reverse culture shock', or 're-entry syndrome'.

Reverse culture shock is something that people who have been living overseas suffer from on returning to their home country. If you've been travelling for a year or two and then return home expecting to find everything just as it was, except it isn't and everything has changed - it's that feeling.

Whilst we've all been happy in our little isolation bubbles, the world outside hasn't come to a standstill. So when we do eventually venture out further than the local supermarket, it is likely we will find that things have drastically changed. But as we did at the start, we can and will adapt. If this whole experience has taught us anything, it's that as a race, humans are extremely adaptable. It's also taught us that we need a lot less to survive, making us appreciate the little things and realise that we already have enough.

It would be nice to think that employers will have a degree of empathy with returning employees, easing them back into work gradually and gently; providing mental health support and, at first, not expecting the usual levels of productivity, perhaps even allowing for greater flexible working.

It's going to be tough out there for many of us, especially those of us who suffer with anxiety disorders. When this all kicked off, it was reported that there was, understandably, an increase in calls to mental health charities from people who suffer with OCD. And this isn't going to go away. In fact, I suspect it will increase once we have to go back out to work.

The thought of using the tube again, I find, quite frankly, frightening. Employers will need to bear in mind that not all people will want to risk travelling into work five days a week or sharing desks with colleagues. Some individuals will be affected more than others by the thought of returning to the outside world, so a level of patience and understanding towards one another is what is required.

According to Ashley Fulwood, CEO of OCD-UK, those with OCD will "feel not only that it is incredibly likely we will contract this new virus but worse still, that we must take every precaution so not to pass it on to our loved ones. This inflated sense of risk and responsibility weighs us down with guilt for being potentially culpable for spreading this virus, and those intense feelings of guilt leads to significant behaviours beyond the norm for those not affected by OCD".

Fulwood wrote this back in March at the start of the crisis and the situation has only intensified since, so it's reasonable to expect that mental health disorders such as OCD and anxiety are likely to worsen as we begin our return to work.

What we do have control over, however, is how we treat those around us. With the theme of this year's Mental Health Awareness Week being that of ‘kindness' we could do well to integrate this into our lives going forward, being considerate and more compassionate to others and, most importantly ourselves, especially during these strange times as we venture together into (another) unknown territory.

Jennifer Wallis is a freelance journalist specialising in music, culture and wellbeing. Follow her @jenwriteswords_

'Dramatic' spike in under-25 IP enquiries 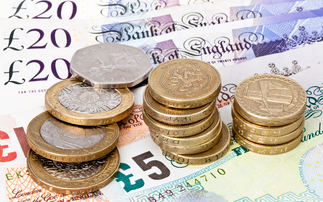