Ria Wotherspoon: Waiver of premium can be just as crucial as the cover itself

'My dad's experience of a critical illness helped shape my career'

Drawing upon her own personal experience, a protection specialist adviser shares how waiver of premium options can be truly life-changing

I have spent five fabulously interesting and eye-opening years helping families and individuals ensure their finances are protected. Losing somebody significant or a decline in health can be truly heart wrenching and that's before you even begin to think about the financial side of it!

I strive to make sure my clients have policies set up that will remain sufficient even if they cannot afford the ‘Rolls Royce' of cover. What I do each day is eternally rewarding because of my own personal experience.

My dear father hasn't been blessed with the best health in the world and he works so hard to provide for his family; he always has. I've never known a couple to graft as hard as my amazing mum and dad. Dad runs his own building business and always has since I can remember! Being self-employed, bringing up three children and building an empire from scratch is inevitably stressful. Not to forget both mentally and physically draining as well.

Bills were falling behind, cut backs on weekly shops and clothes began and eventually Dad felt forced to cancel their life and CI policy due to a lack of cash.

At the start of my life, dad was working on the London Underground whilst mum was a waitress. Dad would go to work during the night and mum would work during the day. They barely saw each other. Then dad set up his business and they bought property together. That of course prompts life insurance advice, something every good mortgage broker will advise you to look into even if they don't sell it. If you ask me, we should all be more aware of these policies before such financial commitments, we don't live in a perfect world, but I will always be passionate about educating and raising awareness of financial protection.

When I was around 15 years old and preparing to leave school, get a job and continue studying to build my career, dad was the most unwell I can really remember. You could really sense the stress in our beautiful family home as soon as walked through the door. Dad has had a bad heart for a while now which has also lead to further complications due to the medication and additional strain it puts onto him.

Luckily, mum and dad took a life and critical illness (CI) policy with the mortgage to protect us and make sure if we lost one of them we didn't lose our home either. The thought of losing one of them is overwhelming but the thought of them losing each other is even worse.

They've been together since they were 13! It was 1979 and one Friday night in Barnet football club there was a disco where my mum asked dad to dance... That wasn't a typo, mum made the first move and they still giggle about it today. Like all couples, there will be ups and downs but I admire their love and strength more than I can tell you.

Being self-employed was of course hard for Dad especially to become so unwell and relied upon to bring home the main income. Bills were falling behind, cut backs on weekly shops and clothes began and eventually Dad felt forced to cancel their life and CI policy due to a lack of cash.

Two months later went into London for major heart surgery. Had he still had the policy, he would have received the full CI pay-out. Just imagine the deflated feeling you'd have if you realised, for two months' worth of premiums more, you'd have paid your mortgage off.

My passion was driven through my dad being unwell and as a family us all grouping together to pay the bills, keep positivity running through the family and maintain the level of support and love my dad needed to get through. So protection in general was HUGE for me.

It wasn't until a few years ago I actually learned that my parents DID in fact have a policy in place but were forced to cancel due to lack of income following dad unable to perform his self-employed work. Dad was too embarrassed to say he had to cancel it, especially seeing what I now do for work, and this breaks my heart.

This is when waiver of premium became just as important as the main benefits for me. Had this have been built into the policy, the biggest financial stress wouldn't have been a worry and would've quite frankly been wiped out. 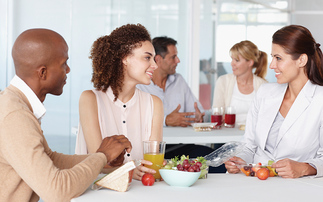 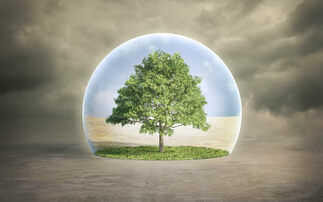