Yesterday's news that UK suicide rates had reached their highest rate since 2002 provided yet more concrete evidence of the worsening state of Britain's mental health.

For obvious reasons, suicide has been a prickly subject for the life insurance industry, with the topic being regarded in the past as a kind of taboo. On the one hand, traditionally insurers have understandably eyed those with a history of poor mental health as a potential risk, with one or two year clauses being placed into policies to avoid suicidal people taking out life cover with questionable intentions.

In recent years, however, the conversation has been changing somewhat. Industry initiatives have brought attention to the need to open access to insurance wider and underwrite those who have taken responsibility for their mental health - often by seeking professional help - more fairly. This, combined with the evolution of life and protection propositions to include mental health support such as counselling around bereavement, therapy and GP access that provide health services which bolt on to a struggling, under-siege NHS (even without a claim), has put insurance providers in a position where they can, in theory, help prevent suicide or at least detect early-warning signs.

Ultimately, getting it right is about balance; it is a case of straddling the line between making responsible underwriting decisions that treat customers humanely and being transparent around the fact that insurance businesses need to be run profitably. Communicating difficult messages, occasionally in the past, has not always been our industry's strongpoint, however around a subject as emotive and as sensitive as suicide, it is something we need to tread very carefully around. This involves being mindful of our potential for good as well as our limitations as an industry - and that includes securing boundaries. All this makes having this discussion - especially in light of yesterday's ONS findings - arguably more pressing than ever before. Below we hear from some of our industry leaders on the subject.

"The increase in suicide rates discussed by ONS is worrying, but not surprising. We still live in a society where it feels easier to discuss physical health conditions, rather than our mental health. I think that men have a hard time of it as it is often engrained from a young age to ‘man up' and get on with things, sort them out, don't cry. Which is by far the worst thing to do. When people are experiencing moments of stress, anxiety, depression, talking through things with someone is key.

"It's not always easy to know what to do if you think that someone is at risk of harming themselves or others. Many of us within the insurance industry are not trained counsellors or medical professionals and we need to make sure that we are supportive of clients, in a way that suits our training and comfort levels. There's a thin line between being empathetic with someone and then taking steps a bit too far and offering counsel when you are not trained to effectively communicate with someone that is feeling vulnerable.

"When it comes to the insurance world, there are a number of things that we can all do to help people. We need to take time to listen to what someone needs, including the hidden messages and insinuations that are said, and subtly direct people to seek professional advice if needed. Insurer, broker, adviser, paraplanner, underwriter, claims handler, anyone that speaks with a client should know what to do if they think that are at risk. It could simply be checking if someone is with them, directing them to the NHS or Samaritans, offering to call a family or friend, asking them if they would like their GP to be called to help them, and when there is an immediate sense of danger call 999. It is important that all organisations put support processes and training in place so that employees know what to do in these situations. It is not fair on the employee or the client, if they are unprepared.

"Insurance itself is adapting to include more value added benefits that can offer access to counsellors, second medical opinion services and on-demand GP consultations. This shows the realisation of insurers that it's not just the claim that matters when it comes to insurance, it's offering services that can improve someone's quality of life." 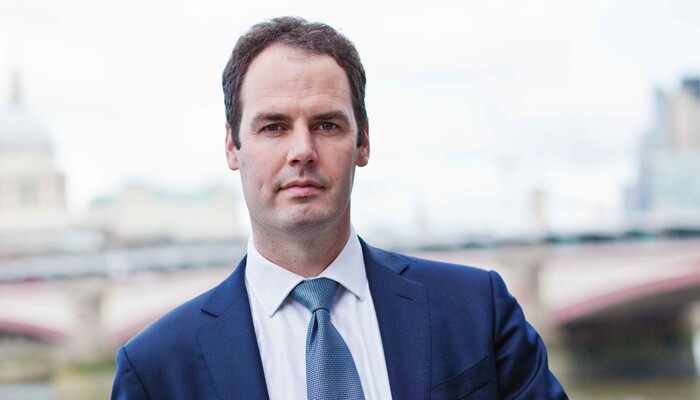 "We need to get this right from a risk and reputation perspective. The increase last year takes the amount of suicides back up to 2002 levels. Whilst the amount of people experiencing or disclosing mental health issues is increasing, the ultimate number of people committing suicide is not something that is new for insurers to deal with. We should therefore be wary of knee-jerk reactions to this or any hardening of approach.

"There is no hiding that insurance risks being part of the problem when it comes to suicide. There are cases of people killing themselves to enable their family to benefit from a life insurance payout. There is also a real risk that by asking questions focusing on whether you have seen your GP, taken medication or had counselling that people would try to go without these important tools to get their life insurance, and in so doing worsen their health and increase their risk of suicide. We need to be clear that by asking questions on mental health insurers can then look to make reasonable decisions - and ensure that someone who displays that they are using medication, counselling or other factors to control their mental health are not unfairly penalised.

"There are many positive services provided by insurers that should aid mental health - from direct support in times of crisis to meditation and the like to prevent it and in faster access to GP services to reduce the stress that can be caused by delays to diagnose mental and physical health conditions. There are also many partnerships between insurers and mental health charities and the claims process continues to improve with a more sympathetic approach to people experiencing hard times after their own illness or the death of a loved one.

"And for a bit of a different angle on this: All insurers take the same ratings approach to males and females applying for life insurance, when overall there are more woman who see their GP for mental health issues but more men who commit suicide. If we are prepared to believe that the overall ratings are right, it still suggests that we are charging females too much for their generally better approach in discussing the issue and seeking help. In the same way that most insurers differentiate a disclosure of family history of breast cancer for males and females it may be time to consider this for mental health."

"Insurance has moved on from merely providing financial support - crucial as that is - wider support for emotional health is equally important. Whilst insurance comes into play at times of long-term ill health, many insurers now recognise that providing services to help people at an earlier stage potentially avoids mental health conditions escalating to crisis point. This enables people to benefit from the benefits of insurance at times of vulnerability, during difficult times in their lives - physical and mental illness, bereavement and disability. When delivered via companies such as ours that have specially trained mental health nurses who can support people this can ensure that people can access the right pathway at the earliest stage.

"At RedArc we support far too many families who have been bereaved by suicide, when all insurers offer good quality, easily accessible support for mental ill health there will be fewer devastated families."

What are insurers and employers doing to help prevent suicide?

GRiD: Group life assurance not paying out for suicide is a myth

'Together we have the power to make practical, meaningful and lasting change'