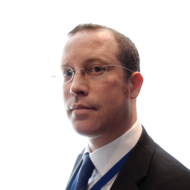 Emmanuel joined Incisive Media in 2009 as a reporter on Professional Broking magazine. Just under 12 months later he won the Biba trophy for most promising new comer in insurance trade journalism and has since followed this up with a series of further awards.

In December 2010 Emmanuel joined Insurance Age as a senior reporter before moving up to the position of features editor. He took on the editor's role in June 2012.

When not pondering insurance matters he likes to let his mind wander while walking his two dogs - a Labrador and an Old English Sheepdog.

Insurer claims "all key measures" have improved in past 12 months.

A new broker body has been launched in a bid to raise standards of behaviour and practice in the profession.

More than three in four (76%) organisations say they have become more concerned about information security and privacy over the past three years - but only 19% have purchased insurance designed to cover these exposures, according to new research commissioned...

The British Insurance Brokers' Association (Biba) has visited the Prime Minister's office to raise a number of key broker issues.

Aviva has called time on its sponsorship of UK Athletics (UKA) after 13 years.

Ageas has signed up to buy Groupama Insurance Company Limited (GICL) for £116m.

Richard Ward, chief executive at Lloyd's, has confirmed the insurance market has prepared for the collapse of the Euro and put a multi-currency settlement option in place and ready to go.